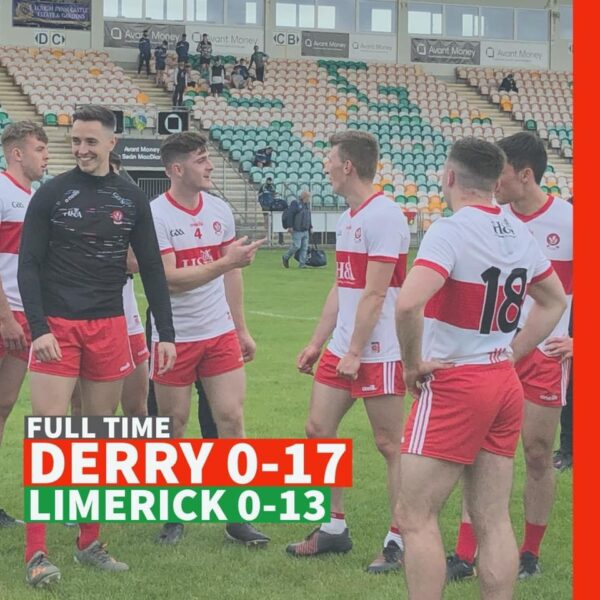 The Oak Leafers led 0-8 to 0-7 at half-time and extended their advantage after the break, Shane McGuigan ending as their highest scorer with six points.

Rory Gallagher’s side had won their three Division Three North matches and controlled the second half of this one.

If Offaly beat Fermanagh in Saturday’s second semi-final, Derry and Offaly will share the Division Three title but if the Ernemen can upset their opponents then they would face Derry in an all-Ulster final.

Derry went into their semi-final with confidence thanks to victories over Cavan, Fermanagh and Longford but were without the injured Brendan Rogers.

Limerick were chasing back-to-back promotions while Derry were targeting a second promotion in three seasons.

The sides traded points throughout the first half, with Derry going in at the break a point to the good despite having been without the black-carded Emmett Bradley for a period.

The impressive McGuigan twice hit the upright with shots in the second half.