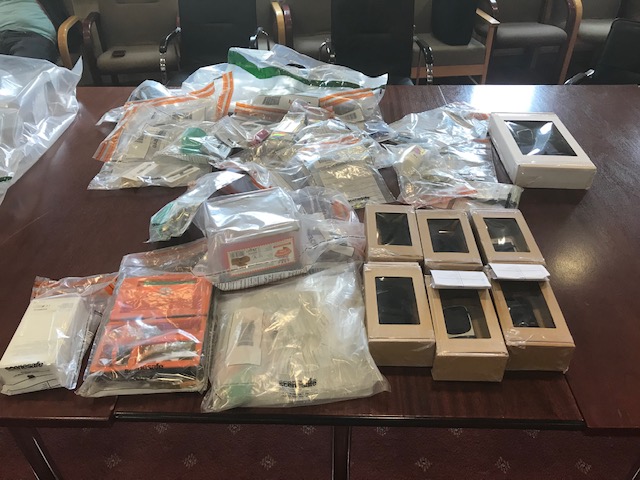 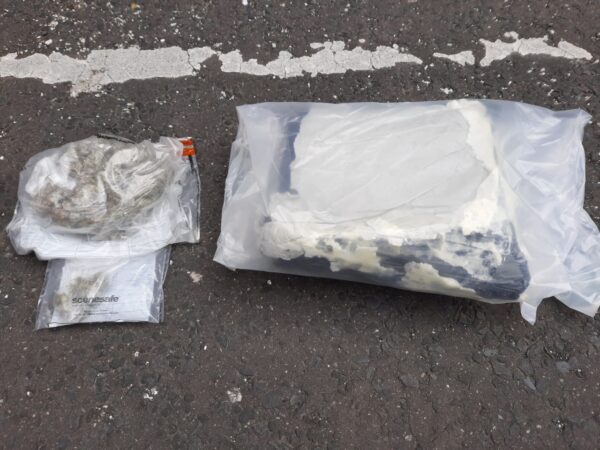 Drugs and other items seized into Derry INLA criminal actitivities

FOUR men have faceed a court charges linked to a major police operation against the INLA across Derry and the North West.

Aaron Kershaw, 34, from Drumachose Park in Limavady, is charged with a number of drug offences including possession of cannabis with intent to supply.

A judge at Derry Magistrates’ Court has granted the other three men anonymity because of alleged safety concerns.

A court heard the men were arrested in a cross-border investigation into an “organised crime gang”.

All four of the accused appeared in court in Derry on Friday.

Mr Kershaw is also charged with being concerned in the supply of cannabis and conspiring to transfer criminal property.

The charges relate to offences alleged to have taken place in July last year.

He is further charged with assaulting and resisting police this week, as well as one charge of possessing cannabis on that date.

A police officer told the court on Friday that a senior member of an organised crime gang was arrested in July 2020 and a mobile phone seized from a Range Rover linked to him.

On examination of the phone, police discovered links to the defendant, as well as to other people and to drug supply, the officer said.

When police went to arrest Mr Kershaw he “tensed up” and kneed an officer in the leg and struggled with police, the court was told.

He was granted bail on condition he observe a curfew, wear a tag and not have an internet enabled device.

The three other accused have been granted anonymity by the court on the basis of a generalised threat in Derry against people charged with drug offences.

A defence solicitor for one of the accused told the court there have been eight shootings in Derry so far in 2021.

The other defendants face similar charges to Mr Kershaw.

One of the other men has also been granted bail to appear again on 8 July.

The two other men given anonymity by the court have been remanded in custody.

One will appear again next Monday, while the other was remanded in custody until July 8.