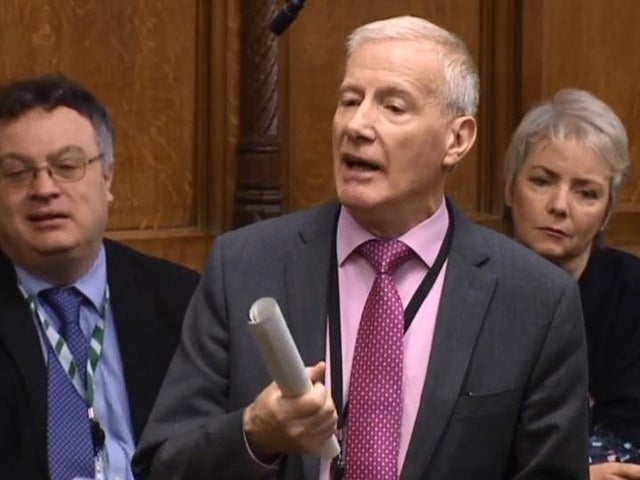 DUP MP Gregory Campbell has been criticised for correcting author Susan McKay who said she was speaking from Derry at the NI Affairs Committee on Wednesday.

The East Derry MP told Ms McKay she “probably meant to say” she was speaking from Londonderry “but didn’t”.

She replied: “I’m quite happy to call it Londonderry Mr Campbell if you’d prefer me to.”

The chair of the committee Simon Hoare said “let’s not get bogged down in all that” and later threatened to terminate the meeting during Mr Campbell’s questioning of Ms McKay in which he said she didn’t live in the North of Ireland.

Ms. McKay replied: “I never left Northern Ireland – I have lived for long periods in the North – what you have said is not the case.”

The author grew up in the city of Derry and recently penned a new book entitled Northern Protestants on Shifting Ground in which she interviews those from a Protestant background in the North of Ireland.

Mr Campbell’s retort to the author was later described by South Belfast MP Claire Hanna as a “real-time attempt to ‘Lundify”.

“This is part of the systemic attempt to demonise, intimate and undermine anyone who deviates from narrow lines,” said Ms Hanna.

“Fortunately, Susan McKay was well able to outline the broader, more modern views she has found in her interviews,” she added.