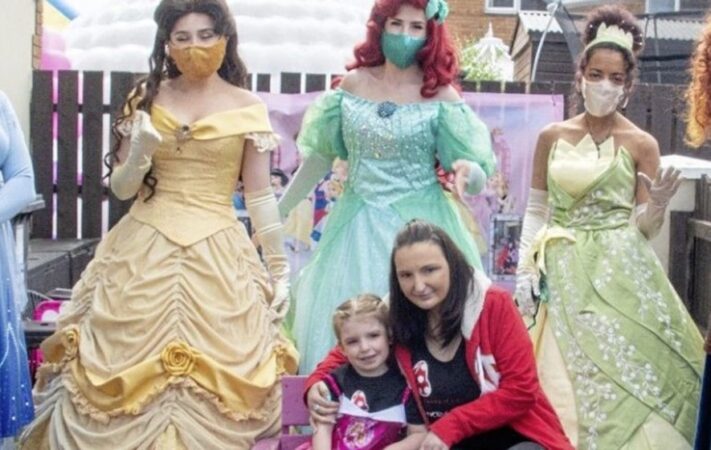 FRIENDS and family of terminally ill Gillian Adair have rallied together to make sure her daughter Lilly’s final birthday with her was one they will never forget.

The Irish News reports today that Derry mother Gillian has suffered from cancer since she was just 13.

But last month the 30-year-old was given the devastating news that the cancer in its latest form (Synovial Sarcoma) meant she did not have long to live.

Gillian and her partner John had hoped to take Lilly to Disneyland Paris for her fifth birthday last week.

However, because of the deterioration in her condition that trip of a lifetime became impossible.

Then just as her dream was fading, friends, Jacqui Clancy and Aine Taylor with Gillian’s sister, Michele Cowan and her mum, Karen Adair stepped in to make sure Lilly’s birthday with her mum would be one to remember.

Ms Clancy told The Irish News: “As a cancer care volunteer, I’ve worked with and been a friend of Gillian’s since she was just a little girl.

“When she got the news last month, it wasn’t the bad news that broke her, it was thinking she wouldn’t be able to give Lilly the birthday treat she had planned for.

“I just thought, that shouldn’t happen so if Lilly couldn’t go to Disneyland, then Disney was going to come to Lilly.”

The Derry woman – whose own sister Anna died from cancer – launched a social media campaign seeking help to organise a birthday in a million for Lilly and help flooded in from across the North.

“I knew people would help but nothing prepared us for what we got. We had so much we had to plan secretly so Lilly wouldn’t know what was happening.”

On Lilly’s actual birthday on June 2, there was a Tea Party, complements of Hillybilly Castles and last Thursday, Gillian and Lilly had a “mum and me” Tee-pee Sleep-over. 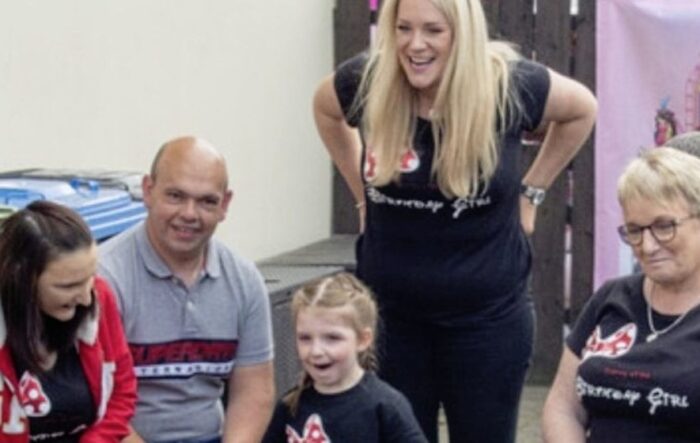 Lilly – pictured with, from left, her mum, Gillian, Gillian’s partner, John, her aunt, Michele and her grandmum, Karen – couldn’t believe her eyes when she saw what had been laid on for her birthday. Picture by Gerry Temple.

Then for the finale, on Sunday, all the stops were pulled out as Enchanted Princesses NI sent five special princesses to make Gillian’s Disney wish come true.

“There was Honeybear Ice-cream, catering, Kidz Kastles and music from Kevin Boyle, the Silver Fox DJ and Enchanted Princesses sent a film crew to record everything and local photographer, Gerry Temple captured it all as well. Lilly nearly lost her breath with all the excitement,” Ms Clancy said.

The birthday was a resounding success and created memories which will stay with Lilly forever.

But it was emotional and bitter sweet.

“Gillian was upset but we made her pull on the T-shirt and throw herself into the party.

“She’s too emotional to speak publicly but she said she never wanted to say ‘Goodbye’ to Lilly but was pleased we’ve all be able to create such precious memories.