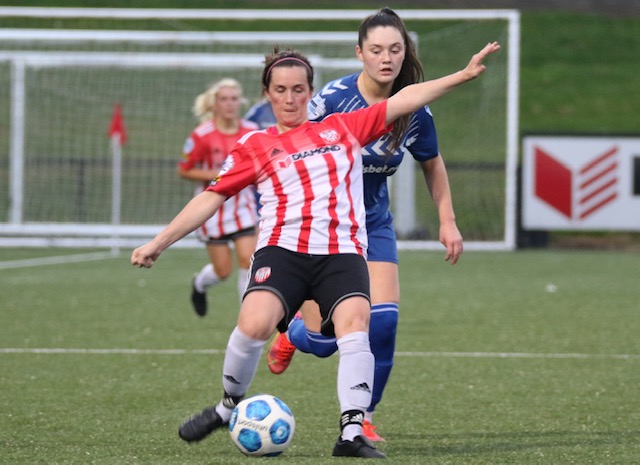 CRUSADERS Strikers who are now in third in the Danske Bank Women’s Premiership league after they scored a late, late winner to get a 1-0 victory away to Derry City Women.

Crusaders had to wait until the fifth minute of injury-time to get the breakthrough against Derry City, with Emily Wilson scoring the decisive goal.

Cliftonville Ladies’ trio of ex-Linfield Ladies stars were all on the scoresheet as the Reds defeated the Blues 4-1 to make it six wins from six at the start of the Danske Bank Women’s Premiership season.

The Solitude girls are now eight points ahead of Linfield after two goals in each half secured the victory at Midgley Park.

Kerry Beattie stole the show for Glentoran Women, scoring all four goals as they beat Sion Swifts Ladies 4-1 to stay five points behind the Reds in second place.

Caitlin and Kirsty McGuinness struck against their former club in the first half before Linfield threatened a comeback when Alison Smyth netted from the penalty spot.

Louise McDaniel – the third of the ex-Linfield triumvirate – restored the two-goal lead and the points were sealed when Yasmin White made it four late on.

Glentoran’s win at Sion mirrored that of Cliftonville, with two goals in each half. Beattie scored her first 10 minutes from the break and then netted from the penalty spot six minutes later. 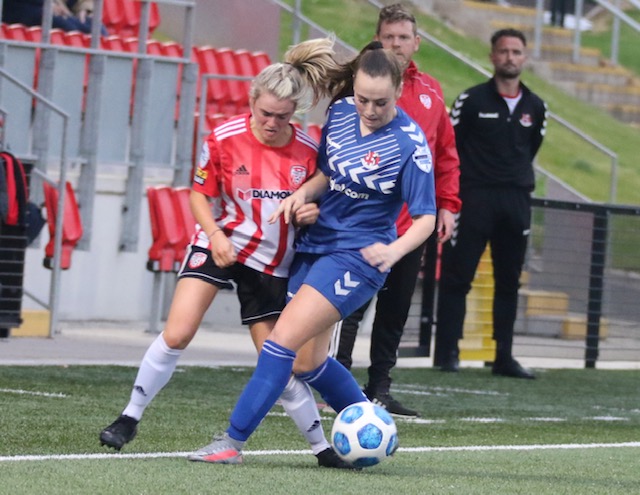 After Leontia McVarnock pulled one back on the stroke of half-time, Beattie scored again on the hour mark and then struck another penalty on a fantastic night from a personal point of view.

• The Electric Ireland Women’s Academy League, which involves the Under-19 teams of the Premiership clubs, kicks-off tomorrow night.