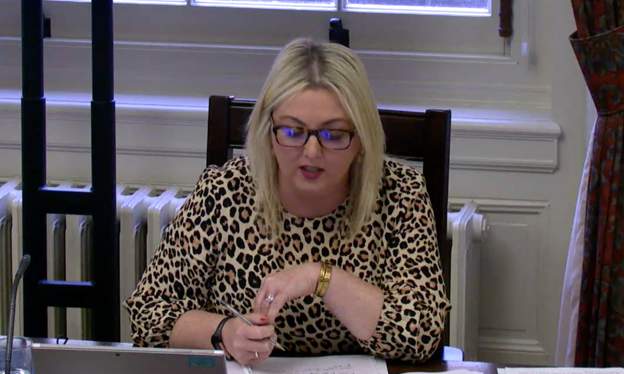 THE latest report into the education system here has provided further evidence on the need to scrap academic selection, Sinn Féin’s Karen Mullan has said.

She was commenting after an expert panel set up by the Education Minister Peter Weir published its findings into the links between persistent educational underachievement and socio-economic background.

Said the Foyle MLA: “The report has made a number of welcome recommendations including around the need to invest heavily in early years education, youth work, extended schools and enhanced support for families.

“However, while the minister commended these recommendations, it was telling that he ignored the panel’s findings on the role played by academic selection in creating what they called ‘systemic inequality’ in our schools.

“That may not suit the minister’s political agenda but he is supposed to be the minister for all children so he cannot put his fingers in his ears and dismiss it.

“The panel were clear on the evidence that academic selection skews teaching at Key Stage 2 and that transfer outcomes for children on free school meals are significantly lower than their counterparts who aren’t.

“If the minister is genuine about wanting to tackle educational under-attainment, then he cannot ignore that.

“The panel also welcomed the fact that transfer arrangements will be examined as part of the independent review of education agreed in the New Decade New Approach deal.

“However, the minister doesn’t need to wait until then. Report after report have consistently concluded that academic selection drives educational inequality and harms children.

“The minister should take his fingers out of his ears and act in the interests of our children by taking steps to end the use of academic selection and rejection once and for all.”