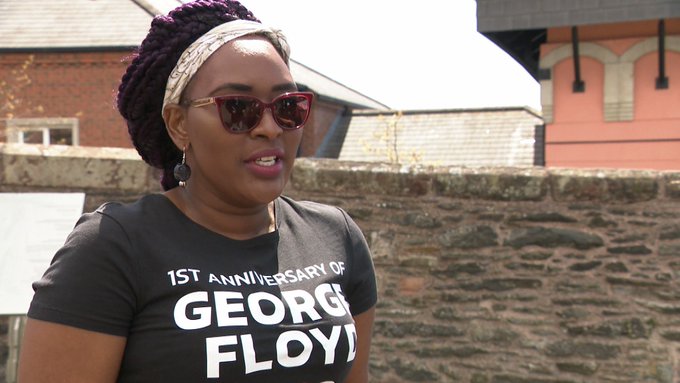 THE North West Migrants Forum has welcomed the announcement by the Public Prosecution Service (PPS) that it will not prosecute organisers of Black Lives Matter protests across in Derry and Belfast last year.

The Derry-based group says the decision, while welcome, is long overdue.

A total of 14 people were reported to the PPS for consideration of potential offences under the Coronavirus health regulations at BLM protests held in Derry and Belfast whilst government restrictions were in place last June.

Three individuals had been reported in connection with a protest held at Guildhall Square, Derry, on June 6, 2020.

Lilian Seenoi-Barr, of the North West Migrants Forum, insisted the prosecutions should never have been brought in the first place.

“For the past 12 months lawful activists have been living in the shadow of threatened prosecution,” she said.

“While the PPS decision is welcome, the fixed penalty notices and fines issued by the PSNI on June ​6, 2020 ​have not been dropped.

“This issue is far from over​.

“The ​North West Migrants Forum and allies will continue to keep a spotlight on discriminatory and racist policies in the criminal justice system and beyond.​ ​

“Racial equality and racial justice are not just slogans.

“Northern Ireland still has a lot to learn and a long way to go to overcome inequality and discrimination.”