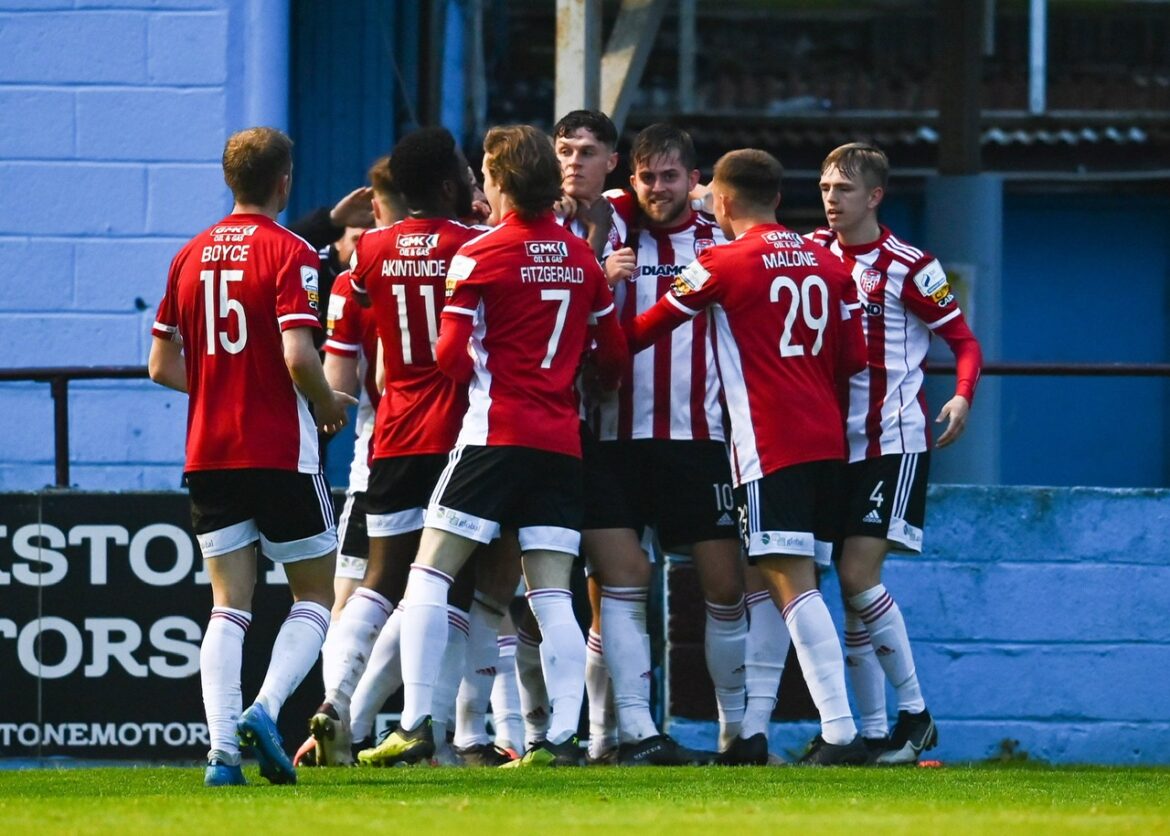 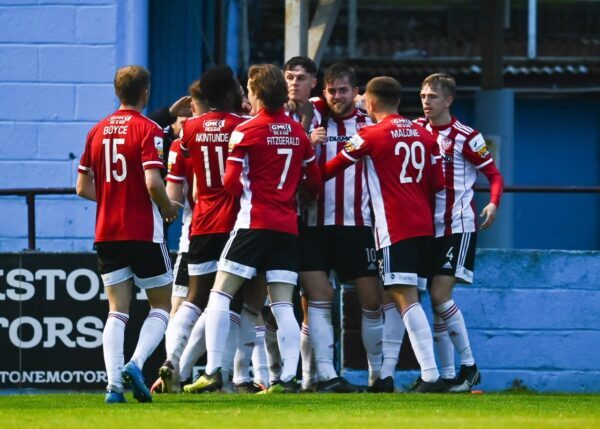 WILL Patching scored two free-kicks to help Derry City past Drogheda United 2-1 in the League of Ireland (kick off 7.45 pm).

Patching caught out home goalkeeper David Odumosu with a 40-yard effort on 10 minutes to open the scoring at United Park.

Mark Doyle levelled the match on 62 minutes with a penalty moments after Derry had an appeal waved away.

However Patching scored his second goal on 73 minutes to secure the win as both sides finished with 10 men.

The Candystripes remain eighth in the table at the mid-season break after seventh-placed Dundalk beat St. Patrick’s Athletic in Friday’s other late fixture.

Derry, off the back of a 2-2 draw with St. Patrick’s Athletic, looked strong against fourth-placed United from the off and Patching saw an early effort go just wide.

Drogheda defender Dane Massey had a powerful free-kick tipped over by goalkeeper Nathan Gartside in a rare home attack, however Patching’s goal lit up the game on 10 minutes.

Wide on the right and with everyone shaping up for a cross into the box, the on-loan Dundalk midfielder caught everyone off guard and curled a delightful effort into the bottom corner from 40 yards.

The forward found himself clear through on goal but he pulled his effort wide of the post with only Odumosu to beat, however the visitors were good value for their lead at the break.

Akintunde had a penalty appeal waved away after a jinking run into the area 10 minutes after the restart, much to the frustrations of the Derry bench, which only grew when Cameron McJannet was penalised for a handball in the box.

Doyle rolled the ball straight down the middle of the goal to level the match on 67 minutes.

McJannet redeemed himself with a goal-saving intervention minutes later as the defender took the ball off the toes of Jordan Adeyemo when the substitute looked like he was about to tap the hosts 2-1 ahead.

Not content with one excellent free-kick, Patching stepped up and curled another delightful effort beyond Odumosu from 20 yards to restore Derry’s advantage with 17 minutes to play and take his tally for the season to four.

There was late drama as both sides finished the game with 10 men. Derry substitute Darren Cole was shown a second yellow card in the space of three minutes when Darragh Markey broke away and was dismissed by referee Adriano Reale.

However, Drogheda’s Adeyemo also received his marching orders two minutes later after a collision with McJannet in the area.

The home bench called for a penalty but Reale waved away any appeals and gave the substitute his second yellow card for simulation.

And there was a late scare for Derry as Doyle struck the post in injury-time.

However, Higgins’ men held on to extend their unbeaten run to five matches.

The Cradystripes remain seventh in the table despite their improved run of form.

The League of Ireland will now go into a two week break from this weekend.

Derry return to action on Friday, June 11 with a home time with Bohemians (kick off 7.45 pm).