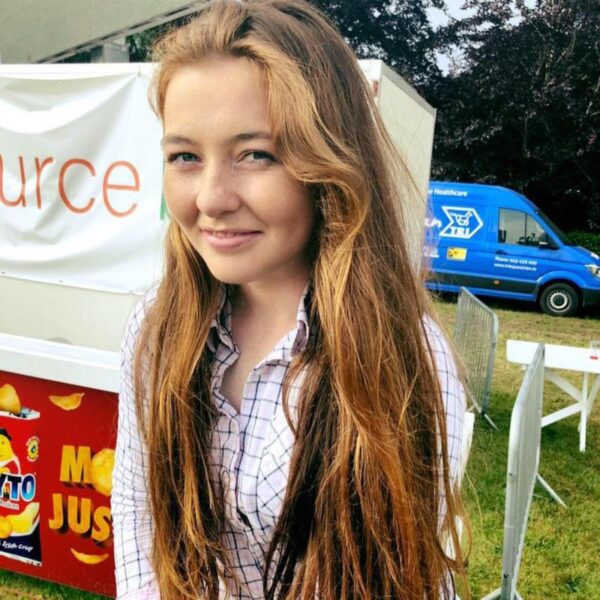 A 33-year-old man charged with murdering his partner’s younger sister in Derry in what was originally presented as an alleged suicide is still unable to be released from custody despite being granted High Court bail.

Questions remain around £10,000 lodged by a number of persons who “either indicate they never were a surety or no longer feel they can be”.

Jonathan James Creswell from Briar Hill Gardens, Greysteel is charged with murdering Katie Simpson on August 3, 2020, after discovering she spent the night with a boyfriend.

Katie passed away in Altnagelvin Hospital aged 21 just under a week after Creswell claims he rescued her from a suicide attempt.

Having dropped his children with a relative he returned to the house he shared with his partner Christina Simpson, Katie and another female.

On entering while talking to a friend on the phone, Creswell claims Katie was hanging.

He told the person on the phone to call an ambulance, but instructed it should go to a specific road, not the house.

Creswell placed Katie into her car and drove out to meet paramedics.

A treating consultant later remarked he had “never encountered someone putting a person into a car, unconscious and not breathing”.

Injuries on Katie’s arms and legs were “consistent with being struck with a rod-type implement.”

Enquiries revealed she and a woman who claims to have been in a relationship with Creswell from 2009 to 2019, obtained substantial loans which were handed to him.

Last month High Court bail was set at £30,000 with residence at an address in Larne at which no females could be present.

But his release stalled, after three of four sureties who lodged £10,000 with Creswell’s solicitor to secure bail, withdrew.

The Belfast Telegraph reports that the case was revisited at High Court on Thursday where an alternative address was offered, which was not disclosed.

Although aware of this, the property owner is willing to have Creswell at the address.

Approving the new address, he warned former showjumper Creswell that he faced return to custody in the event of witness interference.

However any prospect of release evaporated when the judge turned to sureties, although was aware one — Eric Smith — is no longer available.

The defence added the others — Jill Robinson and Ben Crawford — are no longer willing.

“People who supported my client have distanced themselves,” said the defence.

While the £10,000 remains in the solicitor’s account, the judge heard: “We don’t believe it’s available for cash sureties.

“It’s not the defendant’s money and he is not entitled to use it.

“We are contacting the parties to return it. That money comes entirely from the parties who either indicate they never were a surety or no longer feel they can be.”

At this the judge remarked: “I simply can’t release him without a substantial surety.”

The case was adjourned again.