A DERRY man charged by PSNI detectives with possessing a gun used in the shooting of the author Lyra McKee in the city two years ago has denied the charges.

Niall Sheerin, 28, of Tyrconnell Street in the city, face Belfast Crown Court today charged with possessing a Hammerli X-esse .22 pistol and ammunition on dates between September 11, 2018 and June 6, 2020 with intent to endanger life.

He is also charged with possessing the same weapon in suspicious circumstances on the same dates.

When the charges were put to him by the clerk of the court at his brief arraignment hearing, Sheerin replied not guilty to both charges.

The case was adjourned until Wednesday, June 23 for a review and Sheerin was released on continuing bail.

No date has been set for his crown court trial. 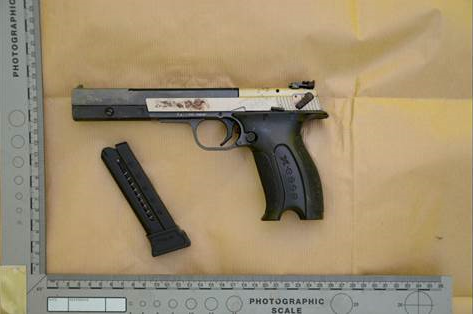 A second man, Paul McIntyre, has been charged with the murder of Ms McKee who was shot dead in Creggan on Thursday, April 18, 2019.

She died of a single bullet wound to head while observing orchestrated rioting in Fanad Drive.

The New IRA later claimed responsibility for her brutal murder.