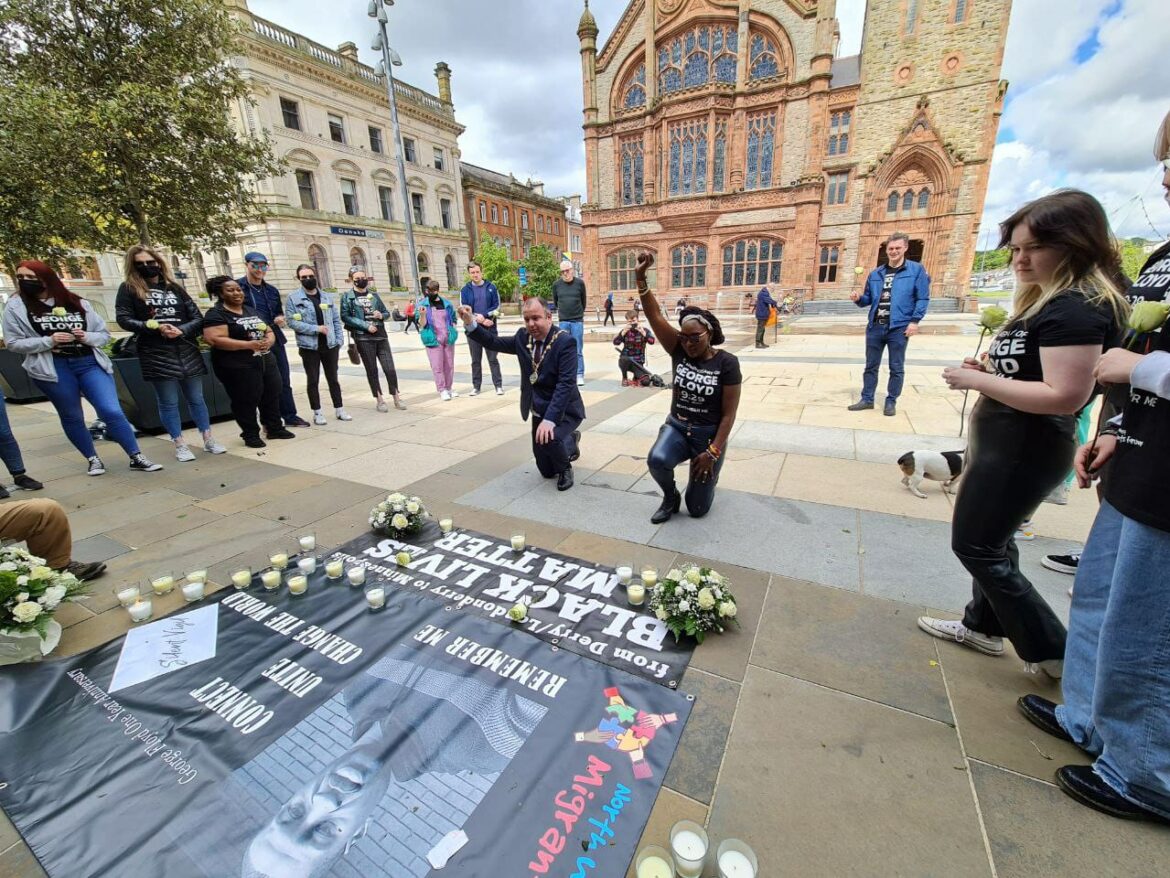 written by cassoscoop May 25, 2021
ShareTweet 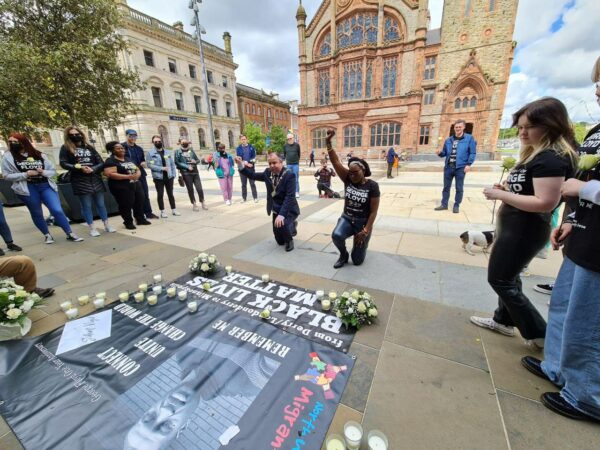 ON the first anniversary of George Floyd’s murder in Minneapolis, a minute’s silence was held at a vigil in Derry this afternoon in his remembrance.

Derek Chauvin, one of four police officers who arrived on the scene and knelt on the neck of the 46-year-old for nine minutes and 29 seconds, is awaiting sentencing after being found guilty of his murder.

Following Mr Floyd’s death protests against police brutality, especially towards black people, quickly spread across the United States and globally, and led to the formation of the Black Lives Matter campaign.

Among those in attendance at today’s event, organised by the North West Migrants Forum (NWMF), held in Guildhall Square, Mayor of Derry City and Strabane District Council Brian ‘took the knee’ with Lilian Seenoi Barr, from NWMF, in a show of support for the Black Lives Matter campaign.

Also in attendance were local councillors, Mary Durkan from the SDLP and Shaun Harkin from People Before Profit.

Cllr Harkin said: “Floyd’s death put a spotlight on the terrifying arrogance of US police forces who routinely kill people of colour with the knowledge they’ll get away with it, even when it happens in broad daylight with people challenging them and recording their brutality.

“Floyd’s murder also put a spotlight on the vicious poverty the vast majority of Black and other people of colour continue to face in the US, even after decades of civil rights legislation. 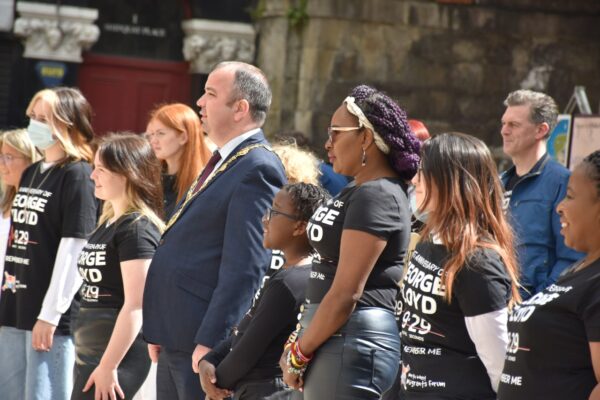 “The Black Lives Matter rebellion in the US sparked a global movement challenging police violence and institutional racism.

“Without this movement there would have been no accountability for George Floyd’s murder.

“There would be no discussion about the need to challenge the pervasiveness of structural racism.

“No matter what the political establishment says, people power is the key to bringing change.”

You can sign the book of remembrance here: https://www.nwmf.org.uk/george-floyd-one-year-anniversary-book-of-remembrance/

An online memorial service will also be held this evening from 7.30 pm to 9 pm and will be live streamed on the North West Migrant Forum’s Facebook page.

You can register here for the service: https://docs.google.com/forms/d/e/1FAIpQLSfLDGoB6mzS-YVRV8pM5ciPifmoq_d7H9XK9eQrDQrLjRd1RA/viewform