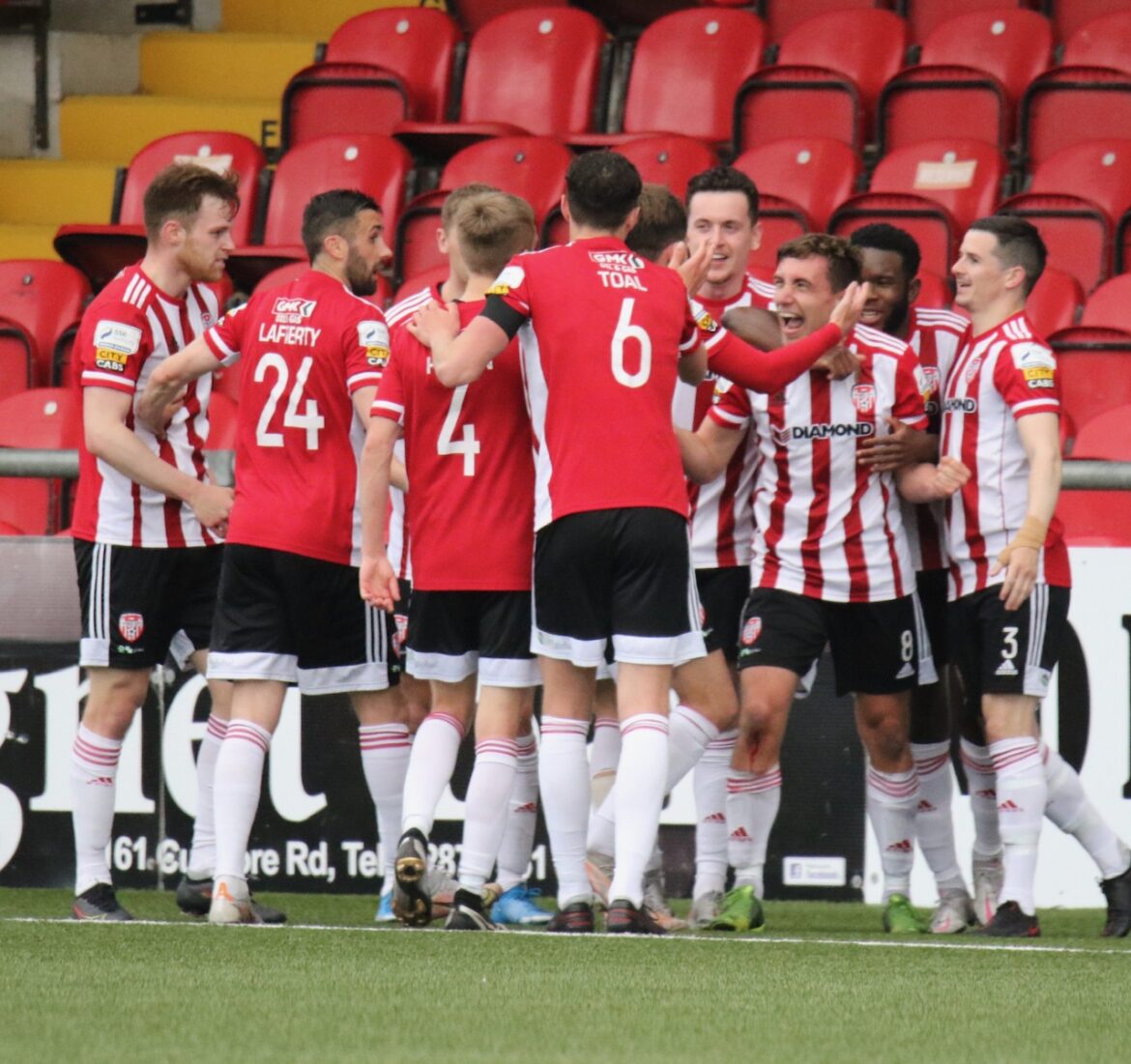 written by cassoscoop May 24, 2021
ShareTweet 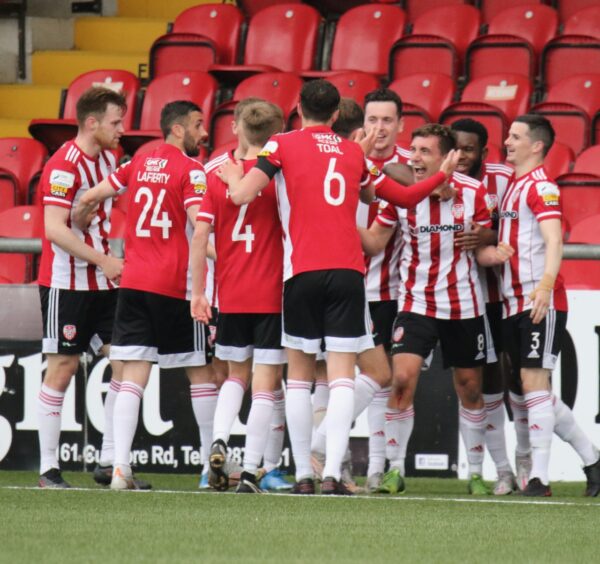 DERRY City came close to a fabulous win over St Pat’s Athletic this evening at the Ryan McBride Brandywell Stadium (kick off 5.45 pm).

But a late on Billy King strike robbed the Candystripes of a win and valuable three points which could have put them into sixth place and one place ahead of North West rivals Finn Harps.

And City were also denied their first home win of the season in a thrilling encounter without any fans inside the Brandywell.

Benson’s corner lured Nathan Gartside from his line, but the goalkeeper could only punch the ball upwards into the air and when dropped Lee Desmond headed the ball over the goalkeeper and into the net.

Eoin Toal was unlucky to see his header cleared off the line by Chris Forrester, but the City captain was involved again moments later as he met Patching’s corner, and with the ball squirming about in the area, Ronan Boyce somehow forced the ball over the line.

It was Boyce’s second goal in two games and brings his tally so far for the season to four.

Derry pushed for a second and it finally arrived on 68 minutes and it was a fantastic effort from Joe Thomson.

Patching delivered a free kick into the area and it was headed clear to the edge of the box, but only as far as the Scot who drilled it powerfully past Jaros and into the net to make it 2-1.

As the clock ticked down, it looked like the Candystripes were on for a famous home against third placed St Pat’s. 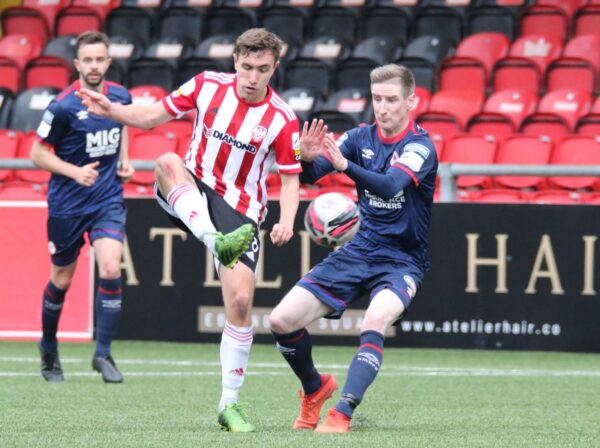 But Ruaidhri Higgins side just could not hold onto the lead.

St Pat’s equalised on 84 minutes when sub Ben substitute Ben McCormack’s accurate cross was met by Billy King who powered a header past Gartside from close range to level the game at 2-2.

Certainly, City deserved more but it is a young side you are improving with each game.

But they need to shore up their defence otherwise a long awaited home win could be a distant dream.

Next up for Derry City is a tough away trip this Friday night against fourth placed Drogheda Utd.