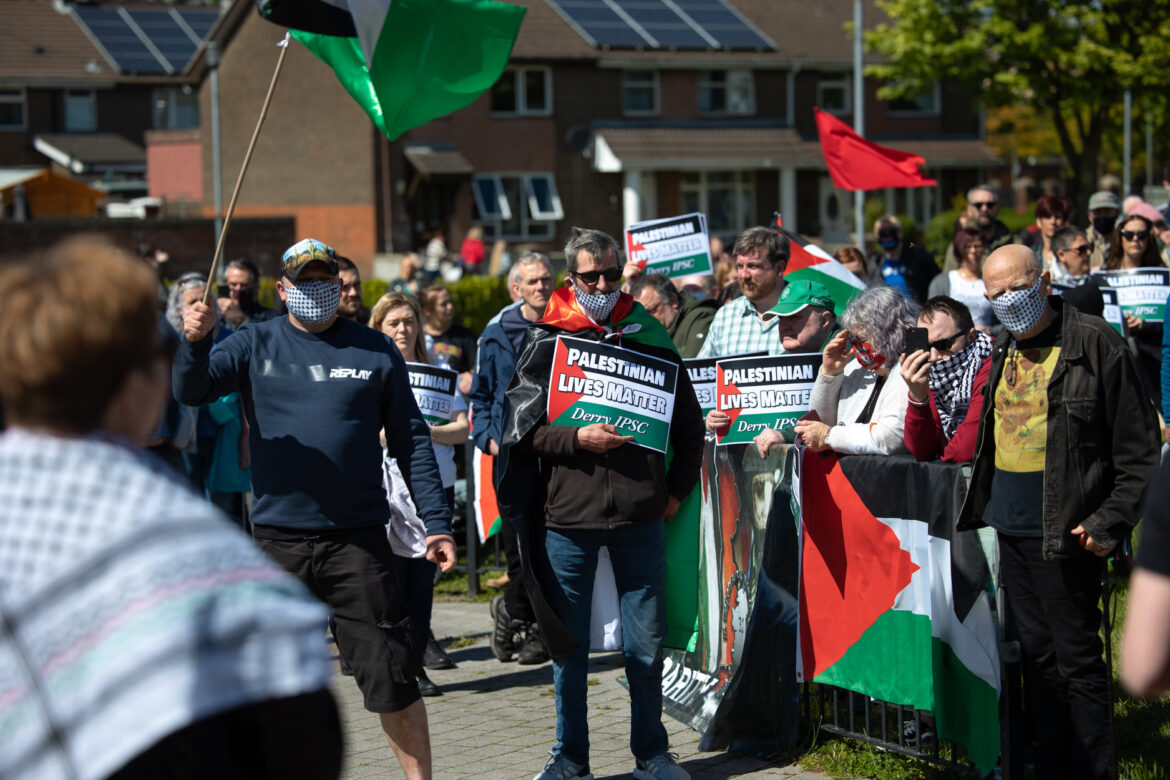 Rally held in Derry in support of Palestinians

written by cassoscoop May 23, 2021
ShareTweet 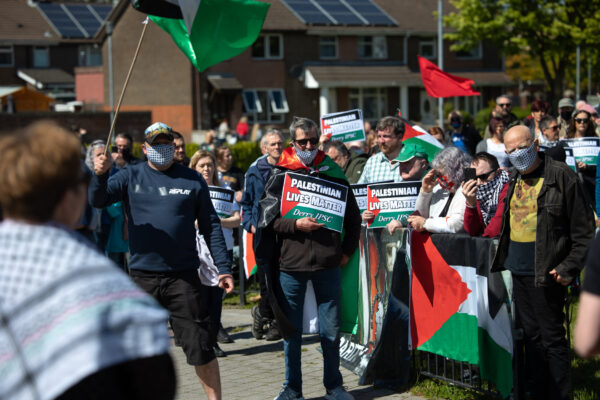 MARCHES have taken place in Derry and Belfast in solidarity with Palestine.

Several hundred people took part in a rally at Free Derry Corner on Saturday in support of the Palestinian people.

People Before Profit Cllr Maeve O’Neill and Eamonn McCann gave speeches at the demonstration in solidarity with the Palestinian freedom struggle.

Holding banners, placards and flags, the demonstrators gathered after an 11-day military offensive between Israel and Palestine in the Gaza Strip.

Palestinian activists also met in Custom House Square, Belfast, for an international day of action to demand an end to Israeli aggression.

Meanwhile, former British Labour Party leader Jeremy Corbyn was among the speakers at a protest attended by thousands in central London to demand “freedom” for Palestinians.

A large crowd gathered in Hyde Park on Saturday afternoon for a rally in solidarity with the people of Palestine. 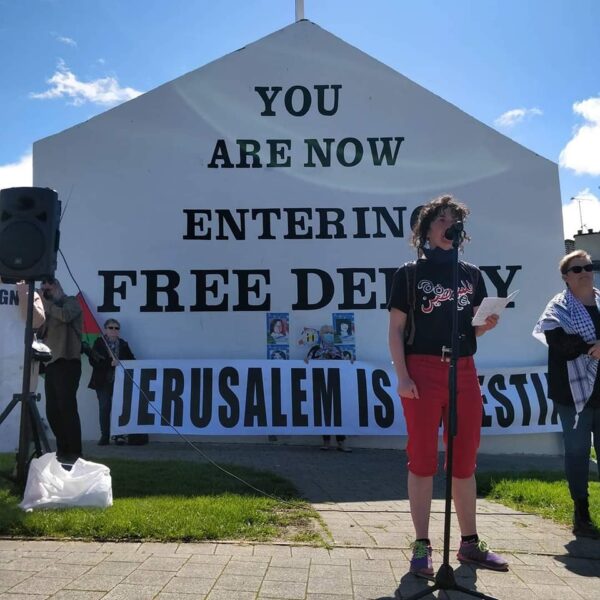 Protesters held banners, let off fireworks and chanted despite the heavy rain. A Palestinian flag was also placed at the top of a nearby crane.

Organisers from the Palestine Solidarity Campaign estimated that over 180,000 people attended the rally.

Saturday marked the first full day of a truce that ended the fourth Israel-Hamas war in just over a decade.