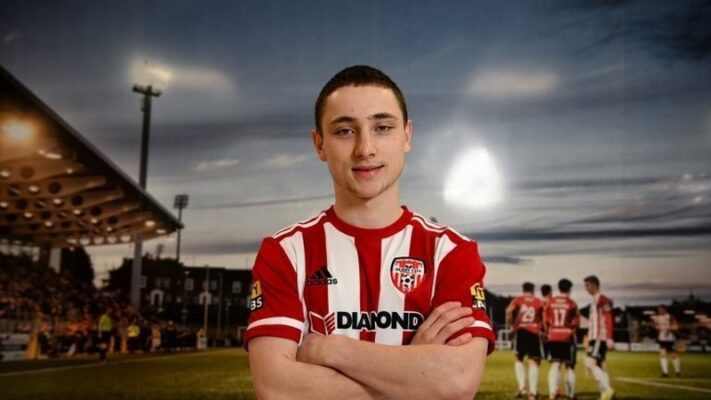 Disappointment for Derry as Hodge move ruined by injury

Joe Hodge did not get to play for Derry City

The Candystripes pulled off a big coup in February when they agreed a deal with Manchester City to bring Hodge in on a six-month loan deal.

Hodge was awarded his first professional contract at the Etihad last August. The English-born midfielder qualifies for Ireland through his grandmother but has previously played for England.

Stephen Kenny is a massive fan and his move had League of Ireland fans excited at the prospect of seeing the technically excellent youngster continuing his progress in this country.

However, he suffered a back injury in pre-season that has sidelined him for the entirety of his move to Derry, with the club confirming that he will not get the opportunity to pull on the red and white shirt.

“Derry City would like to extend our best wishes to Joe Hodge as he continues his treatment and rehabilitation from injury over the coming weeks,” the club said on their official website.

“We have kept in contact with Joe, his family and Manchester City since the player returned home in February. Joe’s loan contract at the Brandywell is due to end next month and therefore he won’t now be returning to the club.

“The management, staff, players and supporters here would like to wish Joe the very best over the coming weeks and look forward to following his career in the future.”