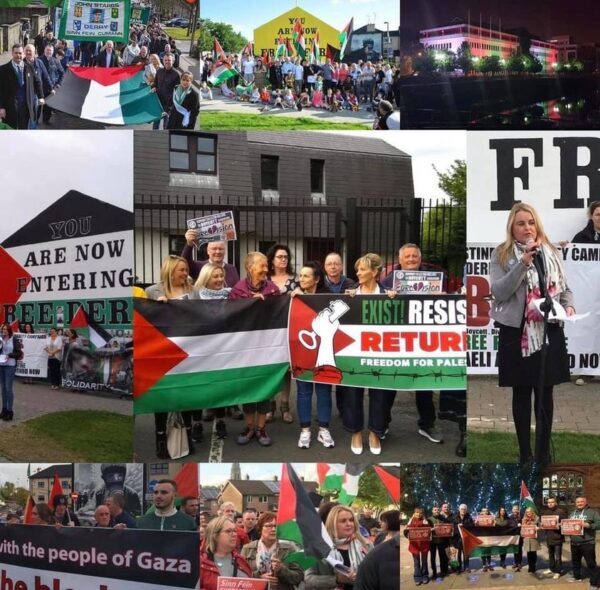 Duffy calls for Book of Condolence for Palestinian victims

written by cassoscoop May 17, 2021
ShareTweet

SINN Féin Councillor Sandra Duffy has formally requested that the Mayor of Derry and Strabane Cllr Brian Tierney open a book of condolence for victims of the ongoing violence in Palestine.

The party’s leader on the Council said: “There is widespread anger at the ongoing onslaught against the people of Gaza and attempts to evict Palestinians from their homes in East Jerusalem.

“Derry has a long history of solidarity with the people of Palestine having been twinned with the Gazan city of Khan Younis.

“People are eager to show their solidarity so I have requested that the Mayor opens a book of condolences to give people in the city and district an opportunity to pay their respects.

“We call on the international community to make a stand against the Israeli onslaught on the people of Gaza and defend their human rights.

“Israel must be held accountable.”