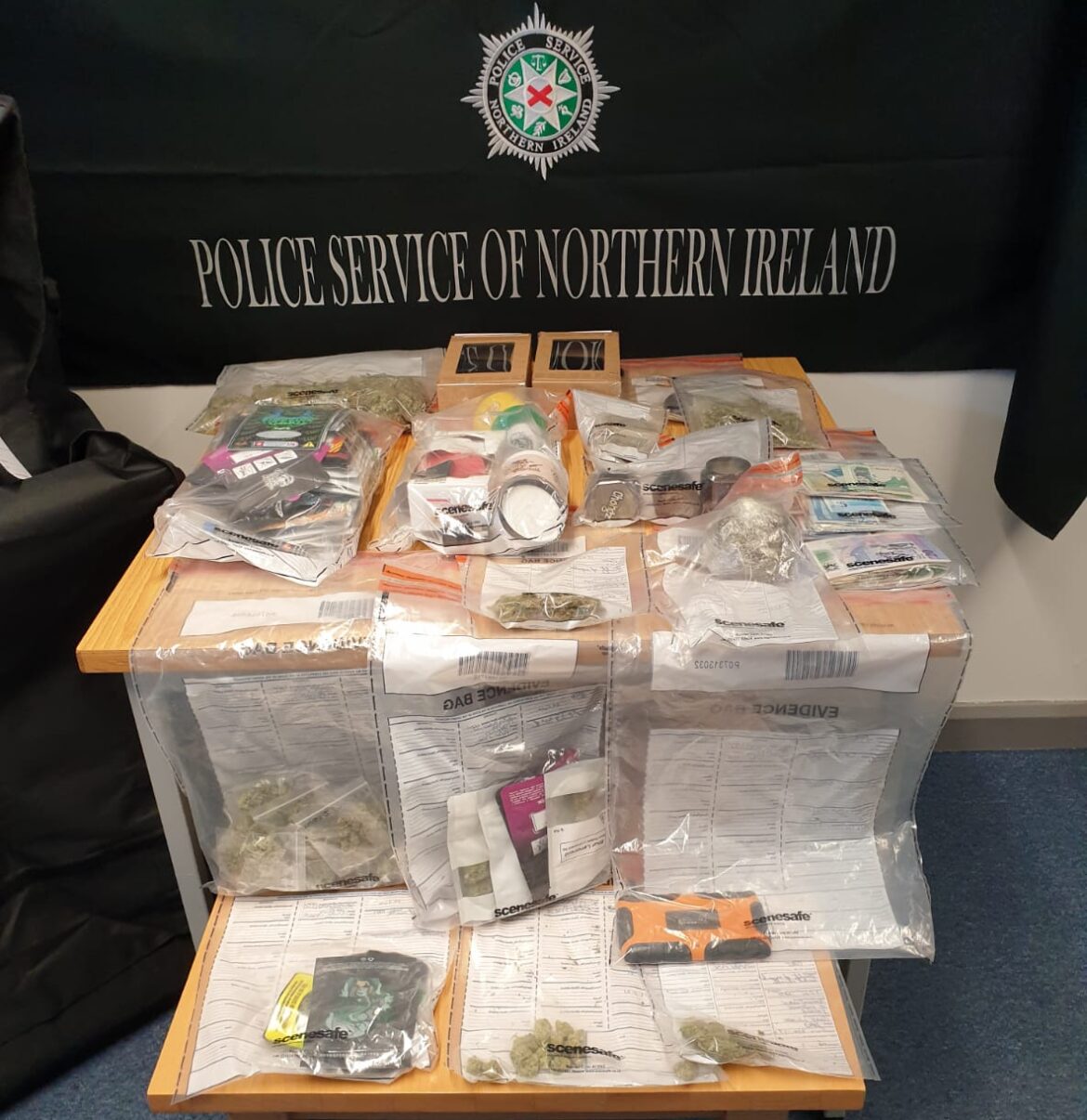 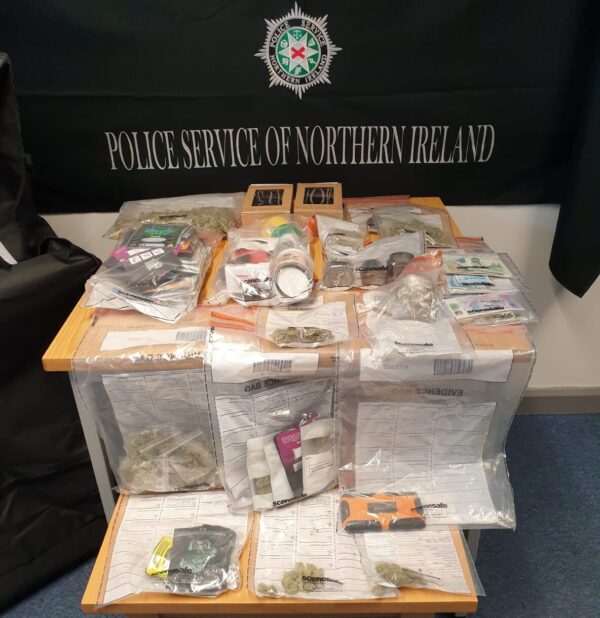 The drugs and cash seized in the Waterside are by police

A 23-year-old man is due to appear before Derry Magistrates’ Court on June 9th charged with a number of drug related offences.

They include possession of drugs and possessing them with intent to supply.

The charges follow searches at two houses in the Waterside area of Derry on Thursday, May 13, under the 1971 Misuse of Drugs Act.

A 19-year-old woman has been released on bail.

As is normal procedure all charges are to be reviewed by the Public Prosecution Service.

During the searches police recovered what they described as a “large” quantity of Class A, B and C drugs and a “large” amount of cash.