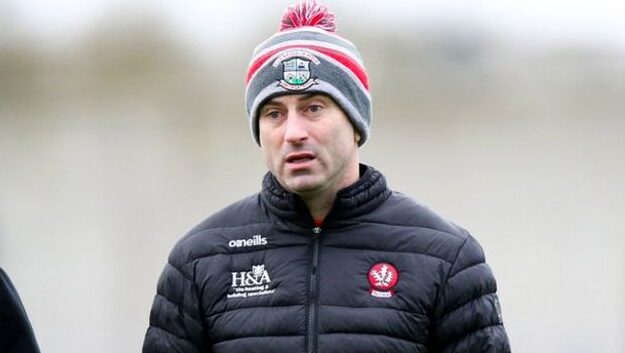 DERRY manager Rory Gallagher says his side will enter the 2021 season high on confidence having had “outstanding” preparations for the new campaign.

The Oak Leafers begin in Division Three away to Longford on Saturday at Glennon Brothers Pearse Park (throw in 5 pm).

Entering his second full season at the helm, Gallagher has the luxury of a healthy panel to choose from with several players returning from injury.

Gareth McKinless is in line to make his return having come back into the fold after a spell in America.

The Ballinderry man will be joined in defence before long by Karl McKaigue, who has recovered from an Achilles injury and will return to action within the next few weeks, although it is thought that Saturday’s trip to Pearse Park will come just too soon.

Bellaghy duo Conleth McShane and Ronan McFaul are part of the squad but former skipper Enda Lynn is no longer part of the panel while Carlus McWilliams and Glen’s Alex Doherty have opted out for 2021.

“Preparations have gone very well, I’ve been over the moon with the way the lads have applied themselves to the work from [strength and conditioning coach] Peter Hughes over the period of lockdown,” said Derry boss Gallagher.

“They’ve come back in really good nick and actually everybody is injury free.”

Derry missed out on promotion from Division Three last season, finishing third behind Cork and Down before exiting the Ulster Championship in a quarter-final defeat by Armagh.

Recent years have seen a steady flow of players coming in and out of the panel but with the vast majority of last season’s squad still in place, including midfielder Conor Glass following his return from the AFL, Gallagher believes his side are well positioned to kick on.

“We’ve held onto the players we wanted. We felt that we had the best players in the county available and we’ve just enjoyed working with them.

“Every day you can see signs of Conor getting better. The more we see of him, and the more I personally get to see of him on the training pitch, his ability to give everything to the team is outstanding.

“Conor naturally will be a massive player in the middle of the field, which is an area we struggle in, but Padraig Cassidy is fit, Brendan [Rogers] and Chrissy [McKaigue] got a wee bit of surgery tied up at the end of last year, Niall Loughlin who had a wee bit of a stop/start beginning to our tenure here is back.”

After facing Longford, Derry will meet Ulster rivals Cavan and Fermanagh in their regional section of Division Three.

The top two from the northern and southern conferences will then go into the semi-finals.