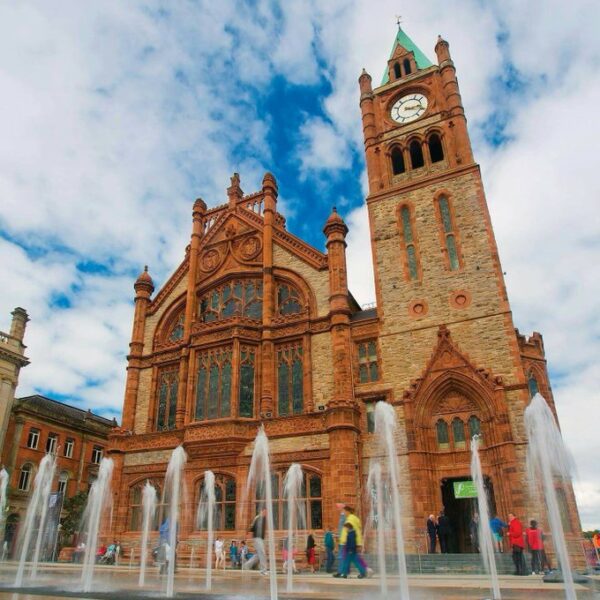 PROGRESS on the much anticipated new North Atlantic (DNA) Museum planned for Ebrington Square was highlighted yesterday in a special report brought before Derry City and Strabane District Council’s Business and Culture Committee.

Members were informed by Council’s Head of Culture, Aeidin McCarter, that the project has now been officially confirmed as part of the City Deal funding package.

The Inclusive Future Fund element of the Deal will specifically contribute £4.8 million, the balance of the project that was originally assigned to Tourism NI and also encompassing DCSDC’s contribution.

Ms McCarter told the committee that in order to ensure that Letters of Offer from other funders are realised, the Minister of Finance has agreed that the DNA project can now be advanced ahead of the other City Deal projects which will allow plans to progress as soon as possible.

“This is a major step forward in the delivery of what will be a major tourism asset for the city,” she said.

“Officers have been working to ensure we are ready to move forwards as soon as the funding is available, and I am delighted to see that the project can be fast tracked within the City Deal portfolio after the significant amount of work that has already been completed.

“The DNA Museum will become one of the city’s most significant visitor attractions, and will add to the exciting blend of amenities now really beginning to develop at the Ebrington Square site.”

The Department for the Economy (DfE) will be the lead department on the overall assessment of the project in conjunction with the other funding departments, the Executive Office (TEO) and Department for Communities (DfC).

At the virtual meeting this afternoon, Members welcomed news of the funding allocation and praised the work of officers in continuing the momentum behind the project despite the challenges.

Chair of the Business and Culture Committee, Councillor Rory Farrell, said: “This is fantastic news on what has been a challenging project over the years.

“I am delighted to see the commitment from our partners in TEO, DoE and DfC to moving things forward and the confirmation that the project is eligible for support within the City Deal Inclusive Future Fund.

“The DNA Museum, in its stunning historic location overlooking the Foyle, will provide the perfect platform to celebrate Derry’s rich maritime history.

“This aspect of the city’s heritage, including the emigration of thousands from our shores, to the globally significant surrender of the U-boats in the Battle of the Atlantic, will now be showcased in a fitting way in this state of the art facility which will be a major draw for both tourists and our Diaspora from far and wide.”​