Man arrested over murder of RUC man in Derry

written by cassoscoop May 10, 2021
ShareTweet

A MAN has been arrested in connection with the murder of RUC officer Michael Ferguson in Derry in 1993.

Detectives from the PSNI’s Legacy Investigation Branch arrested the 64-year-old in Derry on Monday.

He is being held under Section 41 of the Terrorism Act.

The suspect has been taken to the serious crime custody suite at Musgrave Police Station in Belfast for questioning.

Constable Ferguson, from Omagh, was shot twice, at close range, in the back of the head by an IRA gunman in Shipquay Street on January 23, 1993. 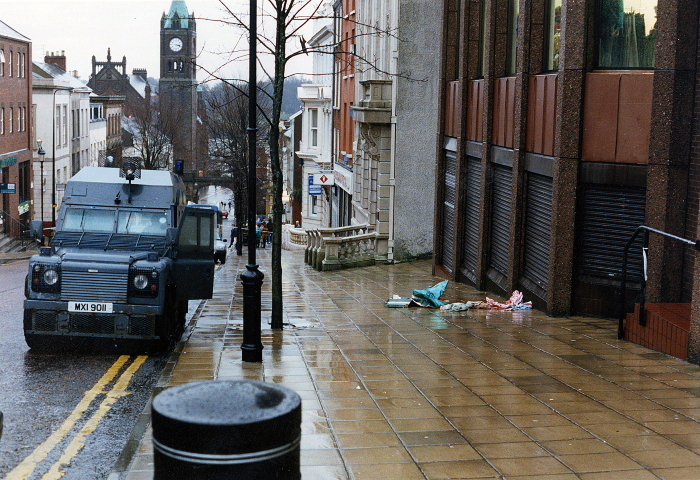 The Catholic policeman, who was 21 when he was killed, was on duty at the time.

He wasa rushed to Altnagevlin Hospital but died from his injuries.

One man was jailed in connection with the murder.