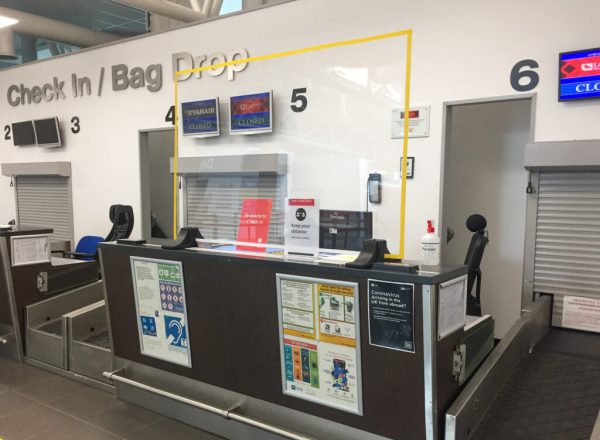 written by cassoscoop May 8, 2021
ShareTweet

Safety measures in place at City of Derry Airport

STORMONT ministers have been urged to change guidance for travel after restrictions were relaxed in England.

Twelve international destinations are on a green travel list for people in England, meaning anyone returning will not need to quarantine from Monday, May 17.

Belfast International Airport’s managing director Graham Keddie said as a first step, leisure travel should be allowed in the UK and Ireland.

The current guidance says people should only travel for essential reasons.

Those include work. accessing education or health services and fulfilling caring responsibilities.

Mr Keddie said the “incredible success” of the vaccination program meant the time was right to look at travel within Britain and Ireland, known as the Common Travel Area (CTA).

That has been echoed by the two main Irish Sea ferry operators, Irish Ferries and Stena Line.

Currently people arriving into Republic from England, Scotland or Wales must show evidence of a negative PCR (polymerase chain reaction) test conducted within 72 hours prior to departure.

They must also comply with mandatory quarantine requirements for two weeks or until they get written confirmation of a negative PCR test result taken no fewer than five days after their arrival.

The UK government does not have similar testing or quarantine requirements for people travelling from anywhere on the island of Ireland to Britain.

People can also travel across the Irish border without testing or quarantine.

In their statement the ferry companies said: “With virus levels now low in Ireland and the UK, and vaccination programmes progressing in both countries, Irish Ferries and Stena Line are calling on ministers and industry stakeholders to urgently look at restoring the long-standing CTA agreement for Irish and UK citizens, and permit unrestricted travel between Britain and the island of Ireland.”

An Executive Office spokesperson said it would “make appropriate decisions for Northern Ireland”.

Last week the Department of Health here said while the international traffic light system and May 17 date “apply to England only”, it was “broadly supportive” of the Global Travel Taskforce recommendations which are guiding the government’s approach.

It said the department was “working with colleagues across the four nations to seek alignment where possible to support a return to international travel”.

The full list of 12 countries and territories people in England can travel to without having to quarantine upon return are:

Turkey, the Maldives and Nepal will be added to England’s red list of countries from 4 am on Wednesday, May 12, meaning travellers from those destinations will have to quarantine in a hotel for 10 days on their return.