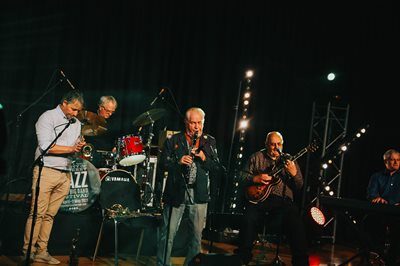 Jim McDermott & Friends performing in the Guildhall as part of the virtual City of Derry Jazz & Big Band Festival.

THERE were more than 50,000 views on the Bank Holiday weekend’s virtual performances as part of the 20th edition of the City of Derry Jazz & Big Band Festival.

Almost 54,000 views were recorded over the 15 online videos that formed the festival programme, and messages were received throughout the weekend from audiences in Ireland, England, Scotland, Switzerland, Denmark, USA, Canada, Mexico and New Zealand.

All of the festival performances and videos remain available to view on the City of Derry Jazz & Big Band Festival website and Facebook page.

The online programme centred around the ‘Gigs at the Guildhall’ which saw 27 local acts performing over the three days of the festival, with Mark Patterson, Eve Blair and Mickey Doherty sharing the role of host throughout nine virtual slots.

North West Regional College also hosted three jazz masterclasses as well as a virtual performance from students of the Music and Performing Arts Programme, with members of Ulster University’s School of Music also having a performance of their own.

Festival favourites the Jive Aces were a big hit online on Friday night of the festival, while a special documentary aired on Sunday was also enjoyed by many in celebrating and reminiscing on past festivals gone by.

Mayor of Derry City and Strabane District Council, Cllr Brian Tierney, said it was a special occasion and a special weekend in the history of the City of Derry Jazz & Big Band Festival. 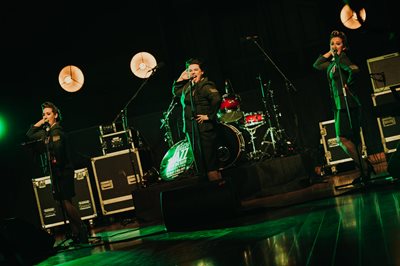 “I know that this isn’t how anyone would have imagined we would celebrate the 20th edition of the Jazz Festival, but I want to pay a huge credit to our Council officers who put in an incredible amount of hard work and innovative thinking to bring us what was a really enjoyable festival. 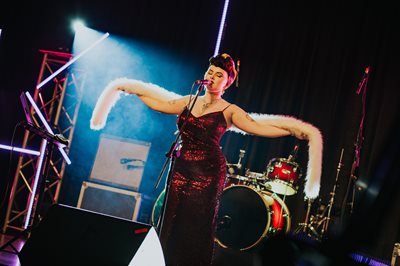 “It celebrated local music and the vast range of talent that we have here in our city and district, and it allowed us to make connections with people spread all around the world – over 50,000 people and counting.

“I want to thank the musicians who were part of the festival and everyone involved in making it one to remember,” said Mayor Tierney.

“It has been a long and a wonderful journey from that first Jazz Festival in 2002 to what we all know and love today.

“And so many memories of that journey came flooding back over the course of the weekend as we celebrated festivals gone by.

“Now we look ahead to the future, and while we hope this is the last Jazz Festival that we put forward on a digital only platform, I certainly think it was one that was thoroughly enjoyed by the thousands of people who tuned in over the weekend both near and far.

“If you missed any of it, make sure you get online and catch up!”

You can catch up on all of the virtual performances from the 20th City of Derry Jazz & Big Band Festival at: https://cityofderryjazzfestival.com/