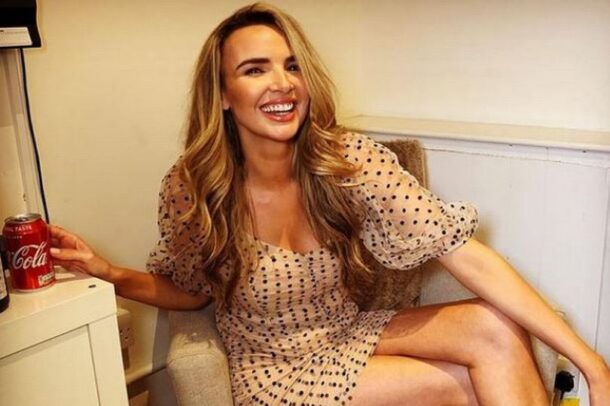 GIRLS Aloud star Nadine Coyle has kept in the spotlight since the band broke up in 2013.

The group achieved a total of twenty consecutive top ten singles in the UK, including four number ones.

Girls Aloud won Best Single at the Brit Awards in 2009 with their hit ‘The Promise’.

Now 35, the Irish celebrity continues to grace our screens in multiple different TV programmes, has progressed as a solo singer and has became a mum.

She gave birth to Anaíya in February 2014 while living in Los Angeles. She lives back in London again, but says she visits California sometimes.

The 34-year-old told OK! how important motherhood is to her and said: “Being a mum is the most important role in my life

“Anaíya is just like me when I was her age.”

After Girls Aloud split, Nadine has been continuing with her solo career.

In 2018, she had a seven show tour planned across the UK and Ireland which was later cancelled.

At the time she released a statement and said: “I am so sorry and really wish things were different but for many reasons it was not meant to be. You deserve the best show possible and with such big venues and very little dates it was becoming impossible to achieve what we wanted to do.

“Everything is a lesson and this is definitely one for me. Thank you for your continued love and support.”

She also released a four-track EP 2018 with Virgin EMI Records, including the hit ‘Girls on Fire’.

The star headed Down Under for the 2019 series of I’m A Celeb and sparked a surprising friendship, becoming close with Caitlyn Jenner.

Nadine was the eighth contestant to be booted off the ITV show as a result of a public vote, later saying she’d like to see Kate Garraway win the show.

Nadine featured in the Stand Up To Cancer series in early April and spoke on her hopes for a breakthrough for the disease.

It is thought the former Girls Aloud star was referencing her close friend Sarah Harding’s cancer battle, who she has been supporting since her terrible news.

Sarah was given a devastating breast cancer diagnosis last year and updated fans in December that the cancer spread and advanced to other parts of her body.

Nadine featured in GBBO to raise funds and awareness for the disease. Host Matt Lucas asked Nadine if cancer had affected her, with her replying “absolutely”.

She added: “I have a very close friend at the minute who is suffering from cancer. 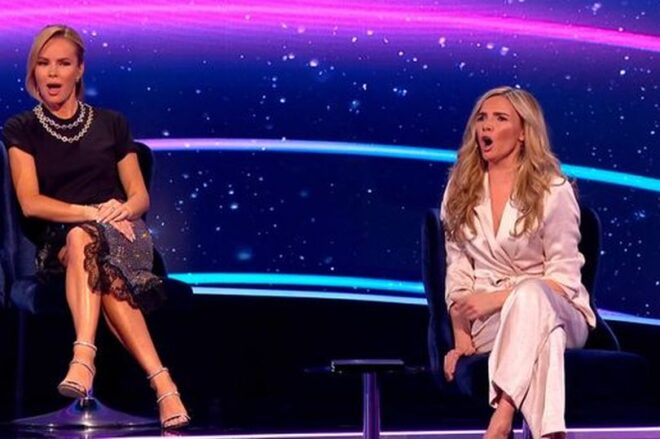 “You never know when the next big breakthrough is going to happen. And hopefully very soon.”

Nadine featured on the second episode of the new BBC mystery music game show ‘I Can See Your Voice’ on April 17.

Hosted by Paddy McGuinness and featuring Celebrity Investigators Jimmy Carr, Alison Hammond and Amanda Holden, the Derry celeb was the guest music star on the panel.

The mum-of-one featured in a duet with the last mystery singer standing in the “silly, crazy, fun hour of telly”.

Nadine revealed at the start of 2021 that she has moved back in with her ex Jason Bell. 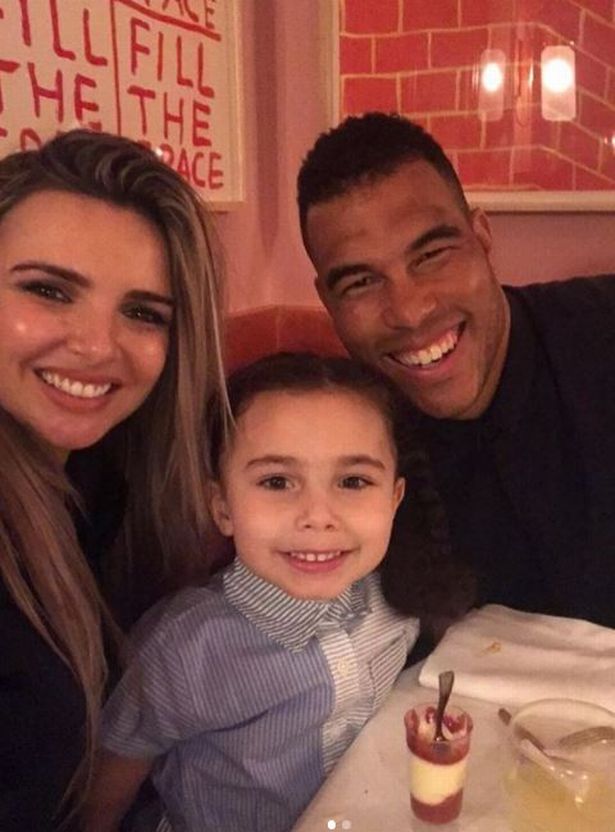 Nadine with former partner Jason Bell and their daughter Anaíya

The Girls Aloud star and Jason are now living together again as they continue to co-parent six-year-old Anaíya.

The pair won’t put a label on their relationship and their unconventional living arrangement seems to be working well.

Nadine told OK! : “What we are doing definitely works for us.

“It has worked, so we’re just sticking with that. It’s all about being supportive and being there for each other.”

When asked if the pair are dating again, she said they are “very close”.