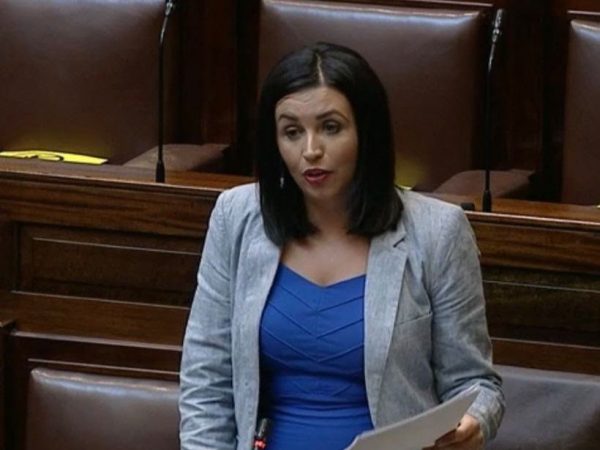 THE entire leadership of Derry Sinn Féin has been asked to stand aside, according to a newspaper report today.

The Irish Examiner says “multiple sources” within the party North and South have confirmed that a number of individuals in the Derry Comhairle Ceantair were stood aside last week.

It followed a lengthy investigation into the local group regarding election performance and governance.

The investigation focused heavily on elections after two disastrous days at the polls.

In the most recent local elections for Derry and Strabane council, the party lost five seats and its position as the largest party.

In the UK general election, then-MP Elisha McCallion lost the Foyle seat to the SDLP’s Colum Eastwood by more than 17,000 votes.

Ms McCallion, who was later appointed to the Seanad, then stood down after it emerged she had received £10,000 in a Stormont Covid-19 grant for which she was ineligible.

Her resignation was seen at the time as “the final nail in the coffin” for the party’s hopes in Derry and an in-depth investigation was launched, says the Irish Examiner.

It is understood “the leadership” of Sinn Féin, which included MLA Gerry Kelly, spoke to the group on Friday about an “implementation plan” and asked the leadership of the Derry group to step aside, according to one elected representative.

Some of those asked to stand down are family members of Sinn Féin elected officials in Stormont.

It is understood that all were requested to keep the decision out of the public eye.

A senior source in the party said that Derry, once a former heartland for Sinn Féin, would need “a generation” to improve.

“This has been coming a long time. There’s a clique that has run the place into the ground effectively,” they said.

“There are people on the leadership who aren’t responsible, and that’s unfair if they’ve been forced to stand aside.

“But it needed a clear-out in order to bring about the change that’s needed to build up confidence and trust locally, and it’ll take a considerable amount of time.

“There was a core group making decisions about controlling power as opposed to progressive politics.

“If those governance issues aren’t addressed, people don’t hang around.

“Head office is sending an important signal, they’re taking it seriously, but what replaces it now?

“There’s very little confidence in the party in the town (Derry).

“I’ve never heard it as bad, it ranges from questioning decisions to complete hostility, some people are hated and it’s a sad reflection on everyone in the party.”

A Sinn Féin elected official told the Irish Examiner: “After the last election results, council and general, we need an election plan to get things right with the (Stormont) Assembly elections coming up possibly May next year.

“We knew Elisha would lose the seat but we didn’t expect to take such a thrashing.”

A Sinn Féin spokesperson said: “Sinn Féin established a review group in the Foyle constituency in the context of next year’s Assembly election.

“Derry Sinn Féin has accepted a recommendation from that review to set up an electoral strategy group to oversee preparation for those elections.”