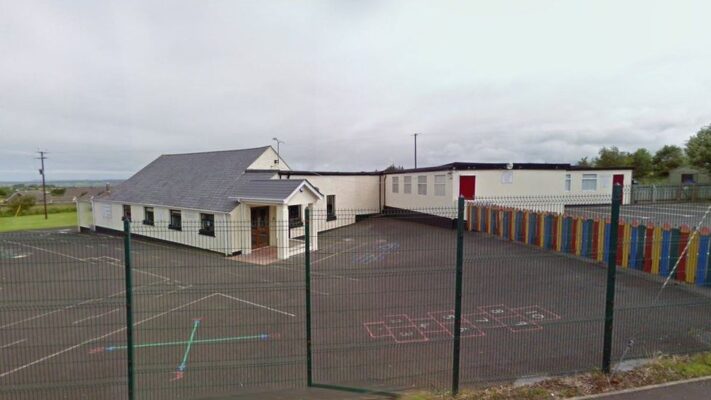 THE Education Minister has turned down a bid by a small Co Derry Catholic primary school to transform into an integrated school.

Peter Weir has decided Ballyhackett Primary School in Castlerock will close in August 2021.

Documents published by the Department of Education show the number of pupils at the school had fallen to 31 in 2020/21.

As a result, Mr Weir has decided the school does not have “sustainable numbers for the future”.

Its pupil numbers had almost doubled to 80 in the two years since plans for it to become an integrated school were first revealed in 2018/19.

Its transformation was praised by the actor Liam Neeson, who has been a long-term supporter of integrated education.

However, Ballyhackett Primary has now failed in its bid to make a similar journey.

But the school’s governors argued there were no other integrated schools in the area for pupils to attend.

The nearest integrated primary is in Limavady – about 10 miles away – and it is currently oversubscribed.

There are also no other Catholic maintained primaries within three miles of the school.

The proposal for Ballyhackett to become an integrated school was backed by a majority of parents and some local residents.

The NI Council for Integrated Education (NICIE) also said that while it had “concerns about the enrolment trends” it was confident the school would do all it could to make a success of becoming integrated.

There are already seven Protestant pupils at the school, along with 18 Catholic pupils and six whose religious background is described as “other”.

The school is also used by the local community for some Zumba, language and flower-arranging classes and Farmers for Action had expressed concern about the impact on the rural community if it closed.

However, neither the Education Authority (EA) not the Controlled Schools Support Council (CSSC) supported the school’s proposal.

The EA said the school could not accommodate 105 pupils – the target number for a sustainable rural primary school.

The authority also said it was unlikely pupil numbers at the school would rise substantially if it became integrated.

“Insufficient evidence has been provided to show how the school would attract sufficient numbers to achieve the sustainability threshold and reasonable balance in the longer term,” the EA assessment said.

“The information provided does not demonstrate that the school would remain sustainable over the longer term.”

“The challenge is too great.”

Mr Weir agreed with that assessment and decided that the school should close in August 2021.

“It is clear there is not a sustainable way forward for the school, nor given the community numbers any prospects of sustainability, and in doing so I note all the concerns in connection with this,” the minister said.

“I don’t believe that this school has sustainable numbers for the future.”