THE family of the only woman to be shot on Bloody Sunday are to be awarded nearly £270,000 in damages, the High Court ruled today.

A judge held that the estate of Peggy Deery should receive the payout for the injuries sustained in Derry in January 1972 and subsequent years of mental distress.

Mr Justice McAlinden described the behaviour of the British soldiers who wounded and verbally abused the widowed mother-of-14 as “imbued with a degree of malevolence and flagrancy which was truly exceptional”.

He said Mrs Deery was a woman of good character who attended the civil rights march in support of a society based on fairness and equality.

Mrs Deery’s family had sued the Ministry of Defence (MoD) for the injuries they claim contributed to her death.

With liability accepted, the case centred on a dispute over the appropriate level of damages.

Counsel for the family argued that the paratrooper who shot her probably knew she posed no threat.

The court was told after being shot Mrs Deery was carried into a house on Chamberlain Street to be treated by members of the Knights of Malta.

The court heard soldiers then entered the property and allegedly directed foul language at the widow.

Mrs Deery, who lost her husband to cancer months before Bloody Sunday, spent four months in hospital, developed a chronic kidney disease and was effectively housebound for the rest of her life, the court heard. 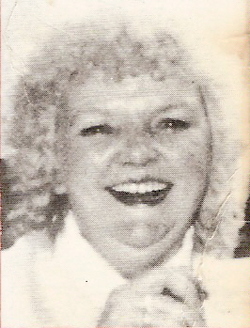 Her daughter Helen Deery told the court how they carried out cooking and cleaning duties in a house with no central heating or washing machine.

“We had to do everything,” she said.

A barrister representing the MoD argued her heart problems were probably due to a heavy smoking habit of 40 cigarettes a day.

In judgement, Mr Justice McAlinden said: “Any claim that she was anything other than an innocent demonstrator was a fabrication constructed and perpetuated by the perpetrator or perpetrators of a wrong in an attempt to avoid personal or collective responsibility for any wrongdoing”.

“This will take into account the mental distress which she undoubtedly suffered by reason of the approach adopted by the defendant to those killed and injured during Bloody Sunday in the period between the end of January 1972 and the date of the deceased’s death in January 1988”, he added.

He said because Mrs Deery died before the Saville Inquiry into the events of Bloody Sunday, the “cloud of imputed culpability would, at least to some extent, have cast an intermittent shadow over her”.

In 2010 the Saville Inquiry into the shootings established the innocence of all of the victims.

Those findings led to David Cameron, the then British prime minister, issuing a public apology for the soldiers’ actions.