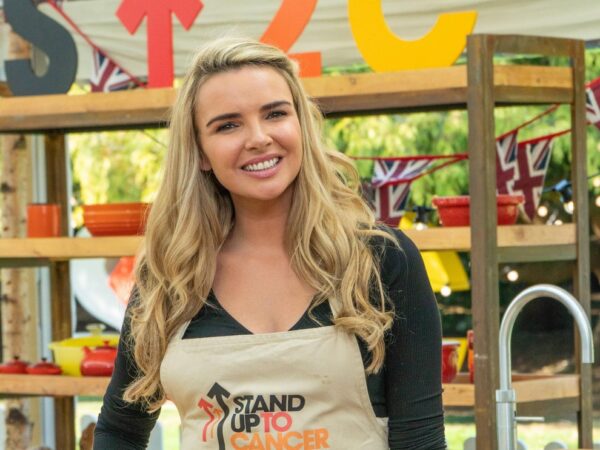 FORMER Girls Aloud singer Nadine Coyle proved baking was nothing more than “wee buns” when she took to the Great British Celebrity Bake Off tent for the final episode of the series.

The Derry native cooked up a storm when she put on the apron to go up against paralympian Ade Adepitan, TV presenter Anneka Rice and comedian John Bishop for the coveted star baker award on Tuesday night.

The episode, part of Channel 4’s Stand Up to Cancer (SUTC) fundraising line-up, saw the 35-year-old miss out on star baker to Anneka.

But the mum-of-one did get off to a good start with judges Paul Hollywood and Prue Leith, despite her nervousness.

“This is not the day to be trying out a brand-new organic deodorant,” said Nadine. 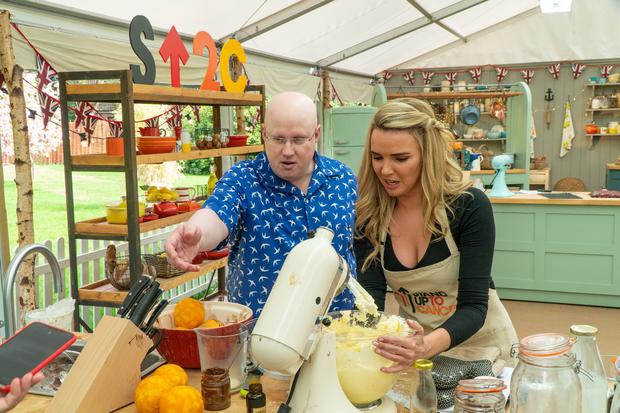 Nadine’s love of a cocktail on a beach meant she opted for a tropical coconut and lime flavour, with a filling of creme diplomat (creme patisserie folded with whipped cream) complete with a topping of lime icing and toasted coconut.

Both Prue and Paul were very impressed by her first efforts.

Nadine’s baking skills then faltered like a soufflé removed from an oven too soon when it came to the dreaded technical bake.

“I don’t know what I’m doing but I don’t think that’s a surprise,” said Nadine.

Unfortunately after a mishap at the fridge which saw her drop some of the cakes, the former I’m A Celebrity Get Me Out of Here contestant was ranked in last place, with her bakes undercooked in the middle.

Anneka and John, who performed strongly in the first two challenges, were going into the final showstopper challenge as contenders for the coveted star baker apron. 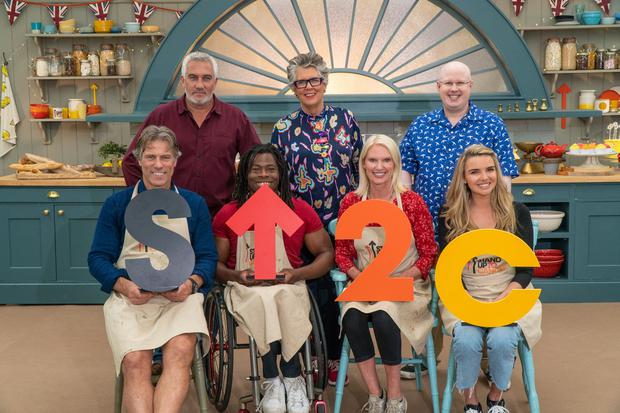 Tasked with creating a chocolate cake themed around one of their dreams on their bucket lists, Anneka opted to create an action scene, reminiscent of her days presenting ‘Challenge Anneka’ and John produced a tennis court and Ade carved out a sports arena out of chocolate and orange sponge.

The pressure was on the Derry Girl to bring herself back into contention with her ‘Trip to Venice’ cake decorated with blue icing to resemble the Italian city’s canals.

Taking a brief break, Nadine told presenter Matt Lucas that a “very close friend” had been diagnosed with cancer, and initiatives like SU2C were crucial.

While she did not disclose who that person was, her ex-Girls Aloud bandmate, Sarah Harding recently revealed that she is unlikely to see another Christmas due to breast cancer.

At the final judging round, the judges raved about Nadine’s cake. “I think you’ve got a problem there. I think people will be asking for that cake again, maybe not in that appearance but I think the actual cake itself is beautiful… perfectly baked,” said Paul.

The best comment, however, goes to Anneka, who remarked: “Frankly all we want to do is bury our faces in Nadine’s moist sponge.”

After missing out on star baker, Nadine said: “Anneka was absolutely a deserving winner…I knew I wasn’t a baker, I’ve confirmed I wasn’t a baker but I made that really nice chocolate cake so I’m really happy about that.”