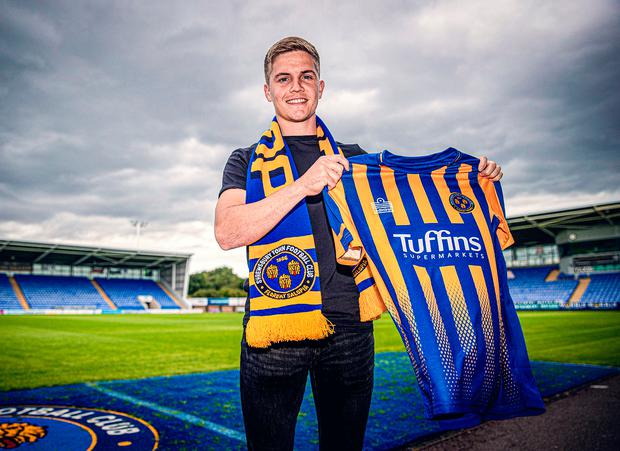 FORMER Derry City FC footballer Josh Daniels, who tragically lost five members of his family in the Buncrana pier tragedy, has admitted he “choked up” when he signed his first professional contract with Shrewsbury Town because he wanted to do it for his loved ones.

Mr Daniels was just 19 years old at the time of the accident over five years ago.

The only survivor was Mr Daniel’s four-month-old god-daughter Rionaghac-Ann.

Speaking to League of Ireland podcast LOI Arena, the 25-year-old said he rarely gets emotional talking about the tragedy but after signing for League One side Shrewsbury Town last summer he “broke down emotionally”.

Mr Daniels felt the same emotions when he told his Shrews teammates about his loss on an away trip.

“It must have been a couple of months after I signed, and Sam Ricketts, who signed me, knew obviously of the story,” he said.

“Brian Jenson the goalkeeping coach, who’s formerly the Crusaders goalkeeper, knows me too. None of the players knew.

“A couple of the players I was closer to knew about it before I told the story.

“We were in a hotel and everybody was up talking about themselves. Some boys were funny and some boys were sad as well.

“I was just telling my story about starting out in football and my career, and it came up.

“To be honest when I talk about it now I don’t get choked up at all but that night I got choked up about it. 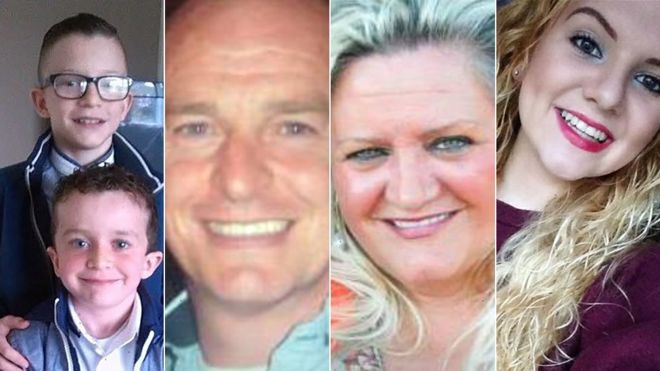 “I think it was the same when I signed here, I haven’t really cried or felt emotional in a long time and the first real time I felt myself breakdown emotionally was in the hotel when I signed.”

Mr Daniels said he was just so “proud” to make the step into full-time football and be given the opportunity to show how far he can go in the game.

“Growing up I always said to my mother that I was going to be a footballer and nothing was going to stop me,” he added.

“Football brings out the emotion more than speaking about it. Football is my passion so maybe that’s why.

“It was hard speaking in front of them all but I think it gives them a bit more admiration towards me and my work ethic.”

The Under-21 Republic of Ireland international, who also represented Northern Ireland at various age levels before switching allegiances, recalled scoring a goal against Derry City’s rivals Finn Harps only weeks after the Buncrana tragedy.

“Both fans were clapping me and it was the biggest crowd I played in at the Brandywell,” he said.

“I came on in the 82nd minute and I scored the goal and set one up.

“The emotion that I felt when I signed here was quite similar to that.

“I was just proud and wanted to do it for my sister and my family.”