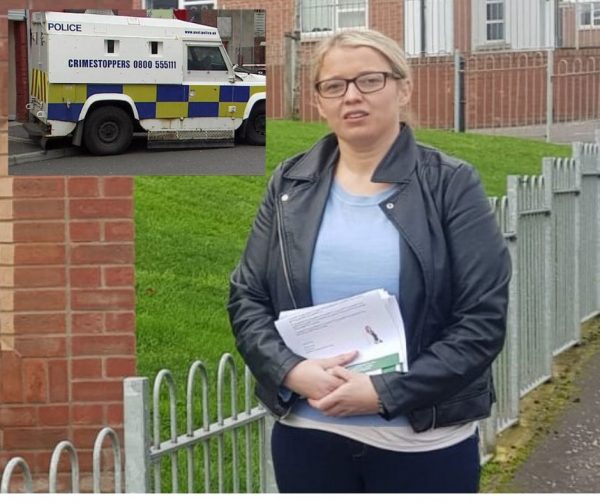 SINN Councillor Tina Burke has described a vandalism attack at Ballymagowan Urban Park as an appalling assault on the local community.

Said Cllr Burke: “In the last two weeks new fencing has been erected in Ballymagowan as the first step in the creation of an Equine Therapy Centre for autistic children.

“With the recent granting of planning approval for this brilliant initiative the preparatory work, establishing the site boundary with this new fencing, was carried out by the Triax Neighbourhood Management Team.

“This morning we are waking up to extensive damage to the fencing and a substantial bill for its repair because a group of young people decided their enjoyment was more important than anything else.

“During the course of the evening around 30 older teenagers gathered at the back of Ballymagown.

“Damage was caused to the property of a local farmer, a bonfire was lit and sections of the boundary fence for the new facilities were destroyed.

“Local residents are convinced that the young people responsible are from Creggan.

“I am appealing to the people of Creggan, to my neighbours, to use any influence they may have, either as a parent, a neighbour or a family friend to help bring this behaviour to an end.

“The damage caused to this fence is an attack on the planned facilities to help autistic children.

“It is literally an attack on the most vulnerable in our community.

“Contrast this to the positive news that the multi million pound development at Seán Dolans GAC will start in the coming weeks.

“This type of behaviour needs to end and I must state that it is not reflective of the vast majority of the young people of Creggan, who positively contribute to our community.”