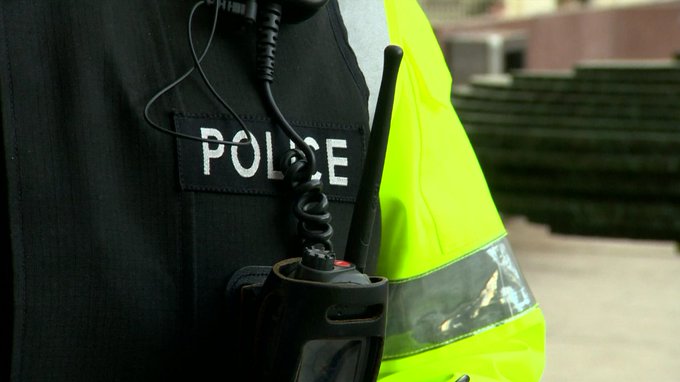 DETECTIVES from the PSNI’ Terrorist Investigation Unit, with assistance from District Policing colleagues and Operational Support Department, are this morning carrying out a search and arrest operation in Derry/.

“This is a discrete, stand-alone strand of Operation Arbacia, looking specifically at the New IRA’s bomb making activities as well as the group’s storage of explosive devices and equipment.

“A 52 year old man was arrested in Creggan this morning under the Terrorism Act and will be questioned in Musgrave Serious Crime Suite by detectives.

“A detailed forensic examination of a house is currently under way at that location as part of the investigation.

“Operation Ledging is one of a number of ongoing investigative elements relating to the activities of the New IRA.

“Today’s arrest and examination of a house is a significant development, in a long term enquiry, into this aspect of the gang’s activities.

“The New IRA continues to pose a very real danger, most especially to the communities in the areas where they construct and store their bombs and guns.

“Previous investigations have shown time and time again that the New IRA has a callous disregard towards who it might hurt or what it destroys.

“We have witnessed on numerous occasions that they are willing to put the lives of local people at risk in their reckless haste to carry out bombings and shootings.

“Most starkly they have a chilling indifference to hiding lethally dangerous weapons and bombs in places where local people can easily stumble across them, unaware of the potential horrific consequences of touching them.

“We have witnessed this all too often in recent times when they have left explosives and weapons near to children’s play-dens and in the middle of housing areas – places that should be sacrosanct and safe.

“The approaching anniversary of the heartless murder of Lyra McKee and the self-serving justification of it by those who were involved in it, underscores the risks that the New IRA pose to those going about their lawful business.

“Our focus is on keeping the community safe and protecting them from the threat of these violent groups but we need the help of the public.

“Our chances of success are vastly improved by support and information from the community in relation to their activities.

“We have previously stated that Operation Arbacia is a longer term investigation that will look into every aspect of the activities of the New IRA in its entirety.

“Today’s search and arrest is evidence that we have various operations complementing Operation Arbacia and today does not mark the end of them but rather a continuance.”