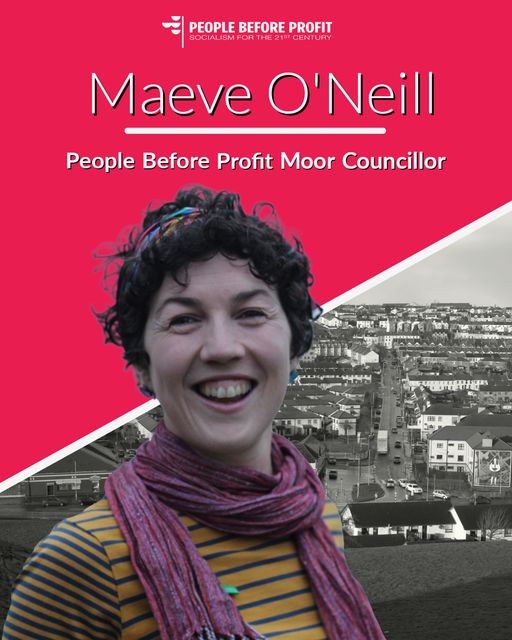 PEOPLE Before Profit has announced that Maeve O’Neill has been selected to replace Eamonn McCann as its new councillor for the The Moor DEA in the Derry and Strabane Council District.

“She is fully committed and determined to represent and stand up for the people of the The Moor and Derry in the way Eamonn has done over many, many years.

“Maeve will be a powerful voice in the Council on the issues ignored by the political establishment and will be tremendous attribute in our efforts towards establishing a socialist Ireland based on genuine democracy, justice and equality for all.

“Congratulations and solidarity Maeve. We have a world to win!”

The veteran activists said he had developed the neurological condition Ataxia after being diagnosed with epilepsy 15 years ago.

He said he had not found his epilepsy diagnosis disabling in his work as a councillor but said his neurological condition had made it “increasingly difficult” to fulfil his duties towards his constituents.