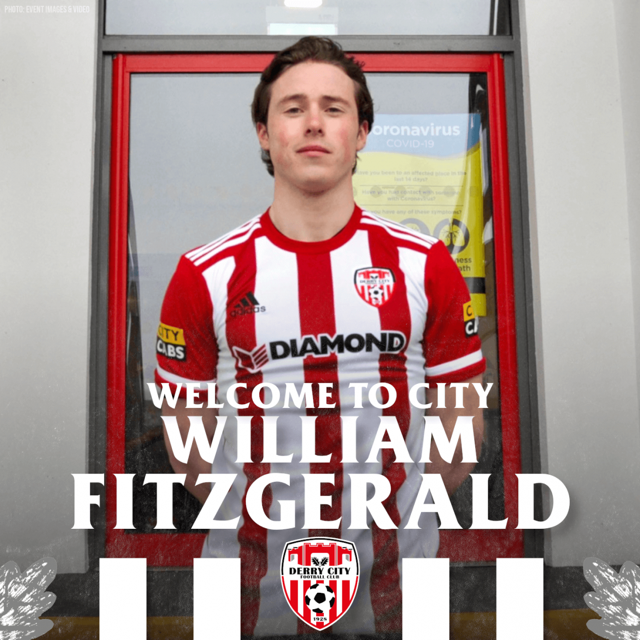 Will Fitzgerald and Will Patching join Derry City

Will Fitzgerald signs for Candystrips for 12 months

21-year old Will Fitzgerald arrives at the club on a 12-month contract.

The attacking midfielder was part of Stephen Kenny’s much-touted Ireland under-21 squad last year and has played his club football at Limerick and Waterford.

Will joined Alan Reynolds’ side at the start of last season but as with many others around the league, opportunities were restricted in a bizarre year for sport.

City manager Declan Devine has had a look at the player in recent days and believes he has a real opportunity to show his quality this season in his new surroundings.

“I’m not the first Derry City manager to try to bring Will to the Brandywell so I’m thrilled that we’ve got our man.”

“He’s only 21 but he has already played more than 50 games in the League of Ireland which tells you something.”

“Will has been fantastic in training and has settled in very quickly.”

“He carries the ball out really well and is so composed with it at his feet. He will be a genuine goal threat for us.”

“Will is an extremely hard worker and has real intensity to his game.”

“He is a player that I have no doubt will really excite Derry City supporters and I’m looking forward to watching him drive us forward this season.”

Also siging on the dotted line Will Patching who has joined the Candystripes on an initial loan deal from Dundalk.

The midfielder came through the Manchester City youth academy before joining Notts County and he was capped by England at under-16, 17 and 18 level.

Will signed for the Lilywhites at the end of 2019 and made nine appearances in a stop-start summer. 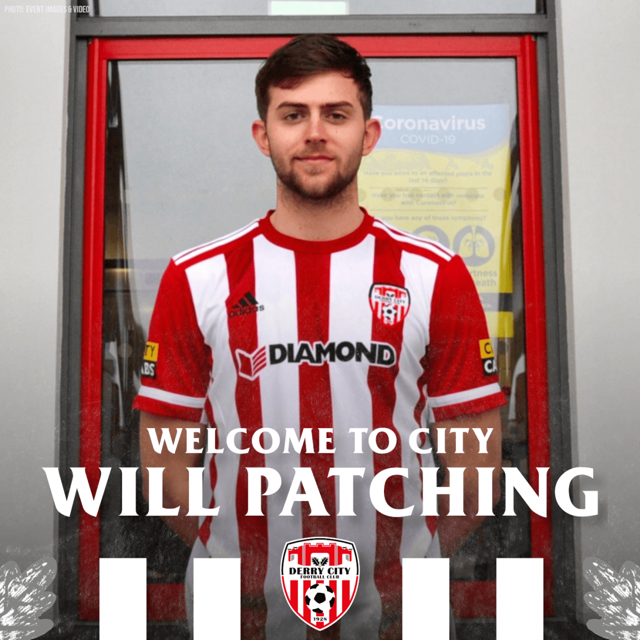 Will Patching makes it a double signing day for Derry City

There is clearly more to come from the well-regarded 22-year old and Declan Devine was certainly pleased to be welcoming him to the Brandywell this morning.

Said Devine: “We’ve been looking to add creativity to our midfield over the winter and Will brings that in spades.”

“He is a young lad with so much to offer and I’m delighted to bring him to Derry City.

“Will is here on loan from Dundalk until July with the option to become a permanent signing after that.

“His game time was limited last year because of competition for places.

“I want him to get back to enjoying his football and to being the dynamic player that he is and from what I’ve seen so far he will be a fantastic asset for this club.”