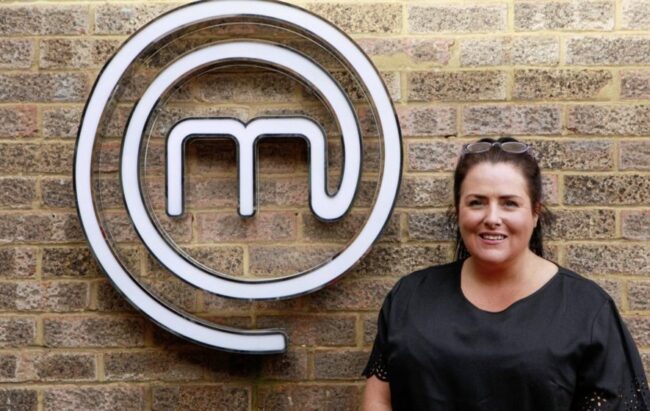 A CO Derry woman will be showcasing her culinary skills on the new series of the popular television programme Masterchef.

Kerry Kane from Portstewart is one of 40 amateur cooks hoping to impress judges John Torode and Gregg Wallace on the BBC show when it returns to TV screens next month.

Over six weeks, the contestants will be put through their paces in the ultimate test of their culinary prowess as they bid to be crowned MasterChef Champion 2021.

Ms Kane will be one of five contestants in each heat who will have to cook not only for a place in the competition, but also for the right to wear a coveted MasterChef apron.

The hopefuls get their first chance to win an apron by cooking their signature dish – something that tells the judges about who they are as a cook and how good they can become.

After tasting all five plates, Torode and Wallace pick their two favourite dishes and those cooks will earn themselves a MasterChef apron and a place in the next round.

Writing on social media, Ms Kane said she wanted to share “the exciting news” that she had made it though to the next series of the show.

“Follow my Masterchef kitchen journey starting on the 1st March 2021 to see how I get on,” she said.

“I am so happy and proud to have fulfilled one of my lifetime ambitions to appear on this show.”

While the new series starts on March 1, Ms Kane is expected to appear in an episode later in the month.

In a post on Twitter, Dominican College Portstewart wrote of its pride that a former pupil was to appear on the programme and urged people to “watch her journey”.

“Good luck to Kerry Dunn, a past Dominican pupil and current parent who recently fulfilled a lifetime dream by appearing on Masterchef,” the school said.

“Good luck Kerry from all in DCP.”