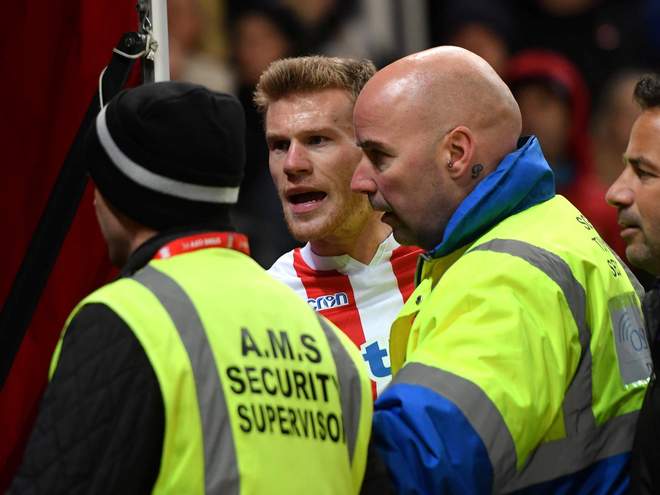 THE abuse suffered by James McClean and his family over the footballer’s stance on not wearing a poppy is “inexcusable”, the Royal British Legion (RBL) has said.

The legion has spoken out after the Creggan-born Republic of Ireland international detailed the abuse he and his family have been subjected to during his career in England.

Much of the abuse directed at the Stoke City winger comes from his decision not to take part in the wearing of a poppy during matches around Remembrance Sunday.

There has been an outpouring of support for the Londonderry footballer after he once again shared abuse directed at him on social media.

On Sunday McClean shared an Instagram message from someone telling him they wanted to burn his house down with his family inside.

Among those to lend support have been First Minister Arlene Foster and Taoiseach Micheal Martin.

In a statement the RBL said it in “no way condoned or endorsed” the abuse directed at the footballer.

“At the Royal British Legion we believe that discrimination, hatred and abusive behaviour in any form have no place in our society and should not be tolerated,” the statement read.

“The poppy is a universal symbol that represents sacrifices made in the defence of freedom, and so the decision to wear it must be a matter of personal choice.

“To insist that people wear a poppy would be contrary to everything that it stands for.

“We offer our full support to James for exercising his right to choose not to wear a poppy.”

James has said he would feel uncomfortable wearing the symbol due to the events in his hometown on Bloody Sunday.

He left Derry City in 2011 to move to Sunderland and his refusal to wear the poppy has attracted repeated controversy.

The footballer has suffered verbal abuse and repeated booing from terraces at football grounds across England over the decision.

James previously said he would have no issue wearing one if it only commemorated soldiers who fought in the first and second world wars, but the poppy remembers victims of all conflicts the British Army were involved in.

In November 2014, while playing for Wigan, McClean wrote an open letter to then chairman Dave Whelan to explain his reasoning for not wearing the emblem.

“Mr Whelan, for me to wear a poppy would be as much a gesture of disrespect for the innocent people who lost their lives in the Troubles – and Bloody Sunday especially – as I have in the past been accused of disrespecting the victims of WWI and WWII,” he wrote.