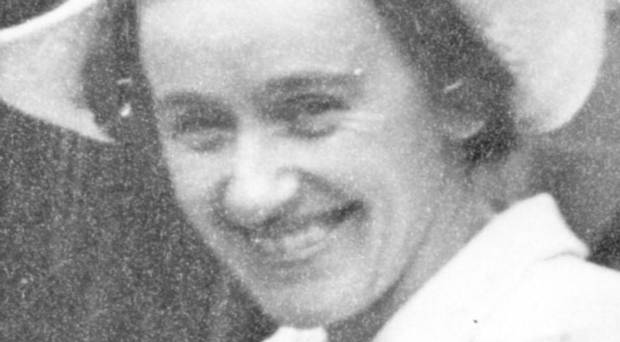 THE inquest has resumed into the death of a mother-of-six who was shot dead by the Army in Derry almost 50 years ago.

Kathleen Thompson, 47, was killed outside her home in Creggan in November 1971.

A fresh inquest opened in March 2018 and was adjourned to allow further military witnesses to be traced.

The inquest was told there would be about 13 witnesses over the next fortnight, although two of them were probably medically unfit.

At the start of the proceedings Ian Skelt QC, counsel for the coroner, said the circumstances of Mrs Thompson’s death were a “cause for concern for her family and the general public”.

Mr Skelt said there was “dissatisfaction” in the way the case was handled, and the Attorney General had ordered a new inquest in 2013.

He said the initial hearing had heard from a former soldier, identified only as Soldier D, “accepted firing into the back garden at the time she died”.

The first witness on Monday was Brigadier Guy de Vere Hayes, who was adjutant of the 2nd Royal Green Jackets regiment stationed in Ballykelly in November 1971.

He told the inquest his role was administrative and would have involved making soldiers available for interview if an investigation was happening.

Brig de Vere Hayes said he had no recollection of the shooting of Mrs Thompson, but said he was contacted years later by Soldier D who was being investigated for her death.

The witness was asked – would a soldier be questioned if on return to the camp he claimed to have fired two shots but 10 rounds were missing. Mr de Vere Hayes replied they would be.

Mr Skelt asked the witness would it be unusual for the Royal Military Police (RMP) to investigate an incident.

He replied there had been “an awful lot of shooting incidents at the time” and so there was nothing unusual about an RMP investigation.

With regards to Mrs Thompson’s death, he said he believed it was investigated in the city of Derry itself rather than at Ballykelly.

He was asked if he remembered the protests and press coverage of Mrs Thompson’s death, and he said he did not.