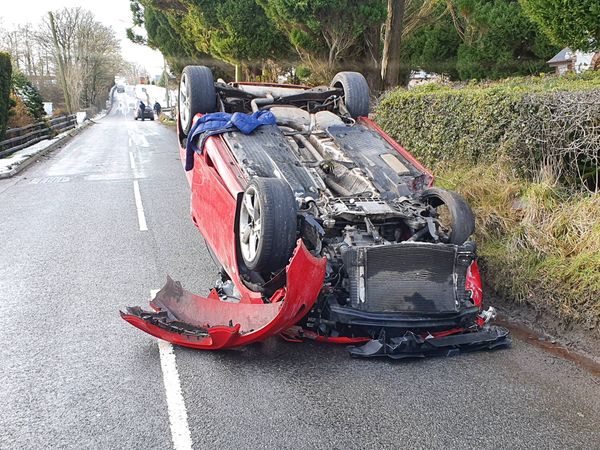 A YOUNG girl has been left shaken following a near-miss with a suspected drink-driver in Mid Ulster, police have said.

The car came off the Tulnacross Road in Cookstown on Monday afternoon after hitting a wall and flipping onto its roof.

Bottles of Buckfast and empty cans of beer could be seen lying on the inside of the roof of the upturned vehicle.

Police also posted a photo on Facebook of a stone wall damaged by the car.

Officers said the driver narrowly missed a young girl who was coming in the other direction and who has been left “deeply shocked” by the incident.

Writing on social media, Police Mid Ulster said officers arrived at the scene and found that the car’s interior resembled “a mobile off sales”. 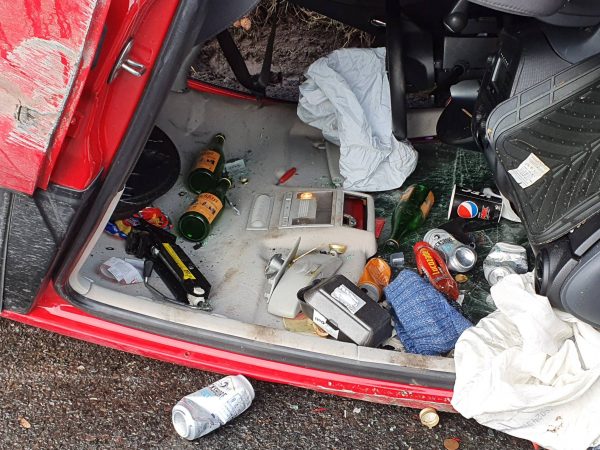 They blamed the crash on “a drunk getting behind the wheel of a car”.

“Middle of the afternoon and once again we’re quite literally picking up the pieces of a drunk getting behind the wheel of a car,” they said.

“The interior of it resembles a mobile off sales. The damaged wall is what he hit first, flipping the car onto its roof and ending up where it’s photographed.

“He missed a young girl who was coming the other direction by millimetres. 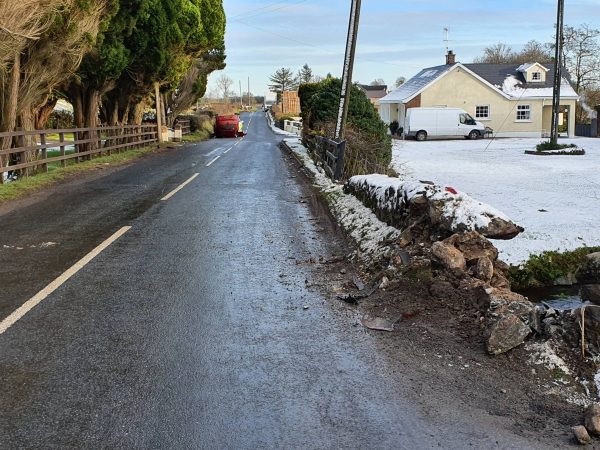 One man was arrested on suspicion of a range of offences.

“You’ve all seen the dramatic adverts, as we’ve shown so many times on these pages and as yet again today shows, they are an accurate portrayal of what happens when drunks attempt to drive,” police added.