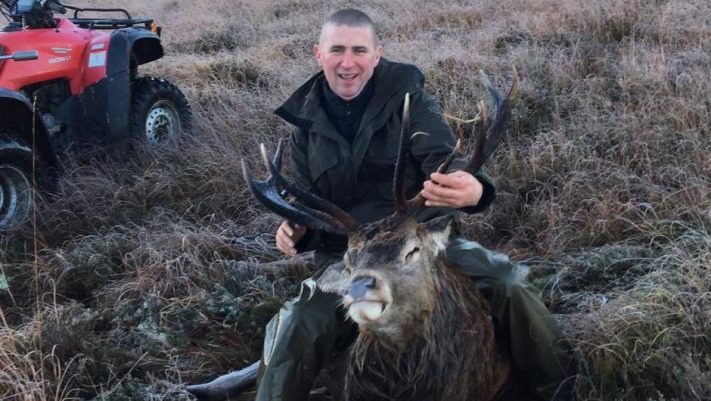 THIS is the hunter who was hunted down for running an illegal venison supply and slapped with a ‘staggering’ £6,000 court fine.

And despite a judge remarking how the dodgy enterprise was making a “substantial sum of money” it emerged Trevor Gannon was doing it all while claiming benefits!

Last year it was revealed that Co Tyrone man Gannon was under investigation for failing to comply with food safety and traceability regulations.

He had also been facing made a charge of making false statement for the purpose of procuring the granting or variation of any firearms licence but that charge has since been withdrawn.

Gannon was brought to court by Derry City and Strabane District Council who called in the Environmental health team after police raided his property and found 12 deer carcasses.

The 45-year-old from Ashleigh Court, Castlederg admitted the offences at Strabane Magistrates Court.

The court heard police conducted a search on January 16, 2020, in the course of an investigation around firearms, poaching and money laundering.

During this probe, officers discovered a walk-in cold-room containing the carcasses.

They contacted the council’s Environmental Health team who confirmed no food processing business was registered at the address.

They attended and decided the operation went beyond personal use, after which the carcasses were seized.

Gannon, who’s Facebook account is littered with him posing with dead deer, was written to and asked where the deer were shot and by whom, and other matters around storage cleanliness and temperature records.

He failed to respond.

A second letter was sent advising of a hearing date and inviting Gannon to attend, but he again failed to respond.

A total of 363 carcasses were logged and Gannon was named in connection with them all.

A prosecuting lawyer explained: “On each and every page, the defendant is listed as the hunter / supplier.”

On 12 June 2020 Gannon was interviewed by police on these and other matters, during which he denied shooting all the deer.

Asked directly who shot them, he replied “I can’t explain.”

He admitted the deer had, “passed through” his commercial-style fridge.

The prosecutor stated: “Evidence showed the business was being conducted on a large scale over 14 months and considering the premium, indicated a significant amount of money was involved”

He described the operation as: “Clearly clandestine and deliberately hidden from authorities. There was not a hint of legitimacy to the business – no advertising, business address, no revenue declared for tax purposes and no record at Companies House.”

It was pointed out Gannon: “Did not allow himself to be pinned down, refusing to disclose when or where the deer were shot. It was his intention to keep such information secret in an attempt to hide much wider criminality.”

The defence contended his client is an accomplished hunter facing court on food production regulations breaches, although conceded other matters are with the PPS as a result of the police raid.

“It seems he has been culling deer and selling it on without carrying out the necessary paperwork, the requirements of which are quite onerous.” 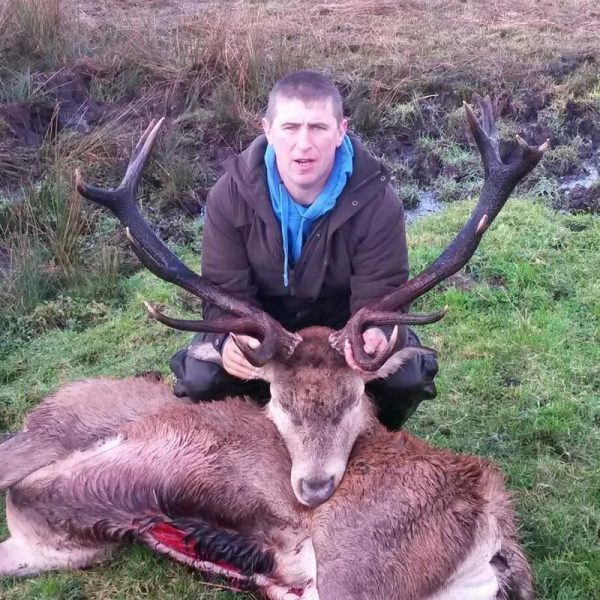 Trevor Gannon was involved in the illegal hunting of deer

District Judge Mark McGarrity remarked: “With good reason, otherwise people like the defendant might just decide to commence their own enterprises.

“This wasn’t just someone hunting on a recreational basis, it was clearly a business with the means to store large quantities of deer and making substantial sums of money.”

The defence said: “That aspect is disputed. He says various other individuals were doing the same as him on a small scale. His place was being used by the supplier.”

However, it was accepted the 12 carcases seized during the search belonged to Gannon.

Judge McGarrity imposed fines totalling £6000 along with costs of £146.