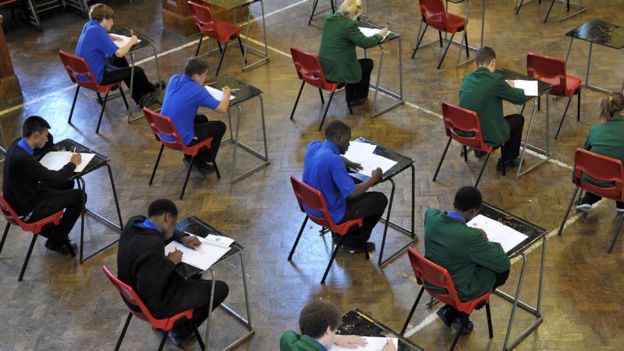 THE AQE transfer test for primary seven pupils in the North of Ireland, which had been scheduled for Saturday, February 27, has been cancelled.

AQE have also said that no test will take place this school year.

The single test was scheduled after the three tests due to take place in January were cancelled.

Education Minister Peter Weir said he was “disappointed” it would not go ahead “on the grounds of public health”.

“This will also be very disappointing for many pupils and parents,” he said.

Post-primary transfer tests are used to select pupils by the majority of NI grammar schools.

A number of grammar schools had already said they would not use the test to select pupils this year.

Grammar schools who were planning to use the AQE test will now have to find alternative arrangements to admit pupils in 2021.

Mr Weir added that while the test was optional they had provided “parental choice and opportunity for children to gain a place at a post primary school of their choosing”.

“The announcement diminishes that choice significantly,” he said.

He said that he had already recommended that schools prepare contingency plans in the event of cancellation. 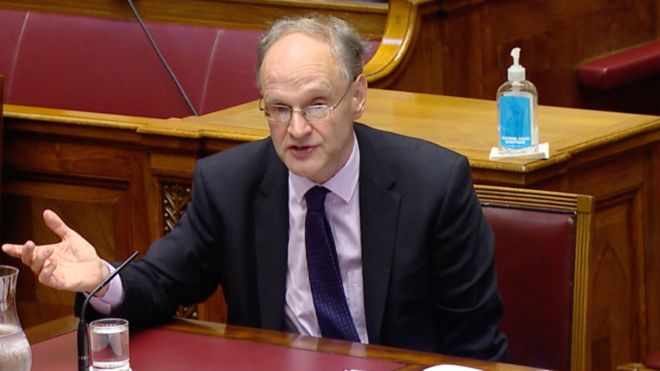 The education minister added that the criteria for admission to schools should be finalised soon and will be published by the Education Authority on 2 February.

In a statement the AQE board said: “Due to the ongoing uncertainty about the potential for an extended period of lockdown, the Board of AQE Limited has decided to recommend to our grammar schools, the membership of AQE, that there should be no assessment offered by AQE in this academic year.

“The test scheduled for Saturday 27 February will therefore not take place.

“The health and safety of the children due to sit the exams is our top priority.

“As we cannot guarantee that the Executive will not extend the lockdown period at this stage, we do not want to cause any distress to the children and their parents by extending this period of uncertainty.

“We know these are anxious times for many.

“We will be writing to parents individually over the coming days to confirm these arrangements.

“We hope this will end the period of uncertainty for the children who have been working so hard for these assessments.

“We wish to thank the Minister for Education, his officials and the Education Authority for their support”.

He said: “We are sorry for the distress caused.

“Everyone is working with the uncertainty of Covid as restrictions change very quickly and we have been reacting.”

He said the organisation had been unable to get clarification from the authorities around the restrictions.

“So children can get certainty about the next six weeks and to reduce the anxiety we went ahead and cancelled,” he said.

AQE had previously committed to refunding parents £20 of the £55 cost of entering their child for the 2021 tests.

They are now consulting with their member schools about refunding the full £55 fee.

AQE said they would be contacting parents in the coming days to provide details of that.

It is also AQE’s intention to run transfer tests again for the 2022 grammar school intake if the schools want them to.

Mr Weir said that in light of Wednesday’s changes the date for schools to submit final admissions criteria to the Education Authority, was extended until 22 January.

“Schools still have the opportunity to use either non-academically selective criteria or alternative data as a proxy for academic selection, but neither route is without its difficulties, and our previous guidance that they seek clear advice before they determine their course of action remains,” he said.