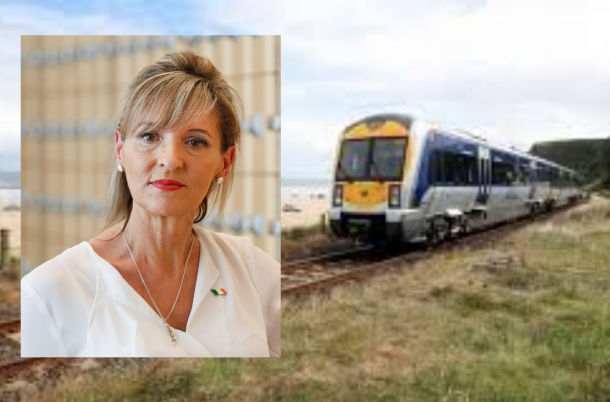 SINN Féin’s Martina Anderson has said extending the rail network throughout the north west should be the goal to improve connectivity across the island.

Said the Foyle MLA: “It’s clear that rail has a major role to play in our islands future for connecting communities and achieving green, sustainable transport.

“Sinn Féin has been calling for the Transport Ministers north and south to look at extending the rail network to the north west as part of a long-term transport strategy.

“A rail extension from Derry to Letterkenny for example, would mean Donegal would once again have access to rail, connecting the county to the rest of the northern rail network.

“At the Infrastructure committee today, I requested an update from the Minister on what actions have been taken towards addressing this vital issue and I will continue to do so.”