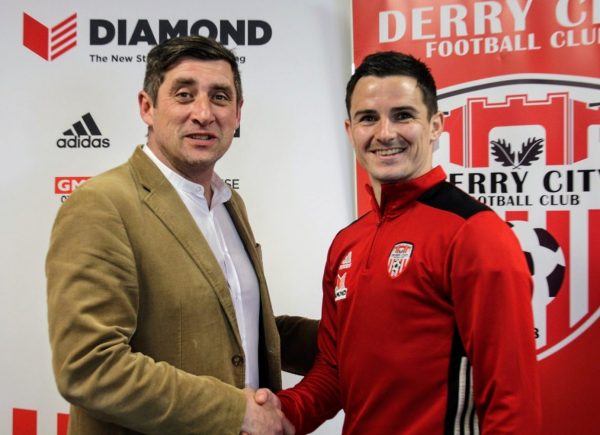 CIARAN Coll has signed a new deal with the club and will be part of the squad for the 2021 campaign.

Coll has elected to remain at the club for a further two years and put pen to paper on a new deal over the weekend.

One of Declan Devine’s first signings on his return to the club, the Donegal man has made the left back spot his own since arriving.

Coll’s decision to stay come as Walter Figueira, Conor Clifford and Ibrahim Meite have all left the club.

Declan Devine said the club are ‘heading in a different direction’.

Figueira made 19 appearances for the Candystripes, scoring four goals and providing five assists.

Clifford made 13 appearances, and scored two goals, both of which came from the penalty spot against Waterford at the Brandywell in October.

Meite, who arrived at the club in September, made 11 appearances for Derry City, soring just one goal and providing three assists.

Other players who have also left the club recently include Gerard Bruna, Ally Gilchrist and Peter Cherrie.