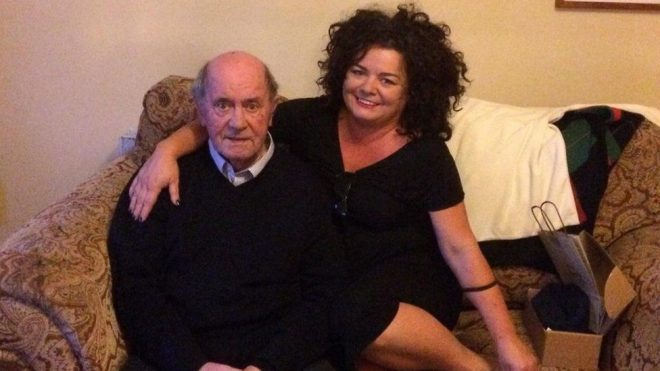 Julieanne with her father, Patrick, before to social distancing rules

THERE is finally “light at the end of the tunnel” for care home residents and their loved ones, finally, there is .

The news that a vaccine was approved for use in the UK on Wednesday signals the future end of what has been a trying and stressful time for residents, their families and care workers.

It is expected that the first vaccinations in the North of Ireland could happen as early as next wednesday, December 9.

And that time frame comes as some relief and hope.

Julieanne McKeever said she is optimistic she will be able to hug her father, Patrick, a resident at Owen Mor care home in Derry, again soon.

She praised the exemplary care her father had received but said she struggled with socially-distanced visits.

“I don’t like seeing him because it’s too hard. You can’t hug him or touch him and he doesn’t understand,” told BBC Radio Foyle.

“My dad has got very frail, he’s in a wheelchair now and he tries to get up [when he sees Julieanne] so it’s even more upsetting for everybody.

“He doesn’t really talk or communicate on the phone so things like Zoom don’t really work with daddy.”

A resident at another home, 97-year-old Pauline McCartney, said it was “just marvellous” that care homes would be one of the first to be looked after.

She lives at Longfield Care Home in Eglinton, County Derry, and has been in her room during the pandemic.

“I’m over 90 years (of age), been through wars and all sorts of tragedies and that’s just life,” she said. 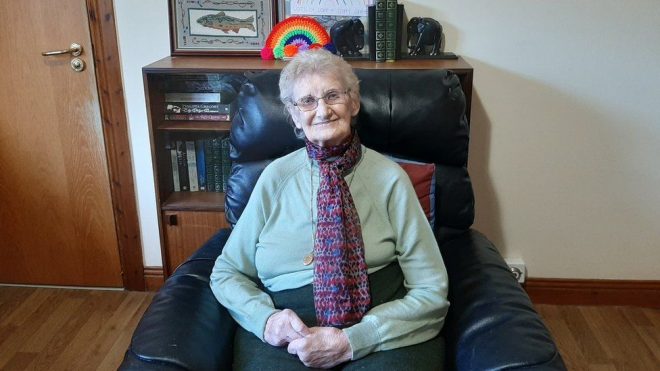 Pauline McCartney has remained positive despite the restrictions

“It was a bit scary, there’s no doubt about that, but we’re tested very four weeks and the staff are tested every two weeks.”

As for the future, she is optimistic that she will get a new lease of life once the vaccine is available for her and others.

Louise McCloskey, who manages that care home, said residents and staff alike “were pretty much buzzing”.

“I know there’s logistics in relation to administration and that, but I feel very optimistic that now my residents are hopefully going to be protected against this Covid pandemic,” she told Good Morning Ulster.

She said that despite all the efforts of her staff, it had been a worrying time for residents and their families. 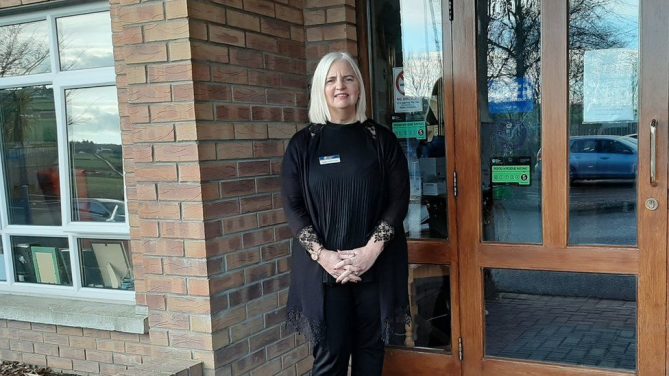 Louise McCloskey, who manages a care home, talked about the challenges during the pandemic

“I’m in the home nearly 20 years managing it and I would say, hand on heart, I’ve never been through anything as traumatic as this experience in my nursing career.

“We even had an inspection where the inspector left the unit in tears and said: ‘I’m just overcome because you are facing this crisis together.’

“I think it has been a very, very trying time so that’s why we had our celebration yesterday.”