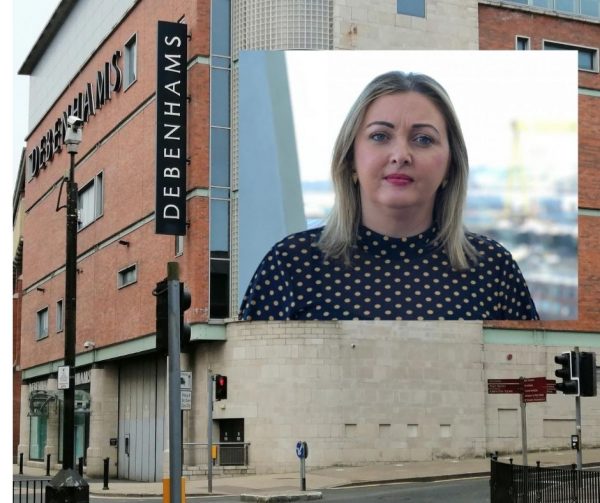 SINN Féin’s Karen Mullan has said news that Debenhams stores are to cease trading meaning employees could lose their jobs across the North will come as a blow to workers, their families and the local economy.

Said the Foyle MLA: “News that workers in Derry and at stores across the north are set to lose their jobs as a result of Debenhams stores ceasing trading will come as a bitter blow to the workers, their families and town centres.

“First and foremost, this is devastating for the workers involved and their families but it will also have a major impact on the local economy.

“Management should continue to proactively engage with workers and their representatives at every stage of the process and offer retraining and up-skilling opportunities wherever possible for those workers affected.

“There are also concerns for the future of employees of Topman and Topshop and the whole of the Arcadia Group, after provisional liquidators were appointed to the company, those workers also need protection and their full rights and entitlements.”