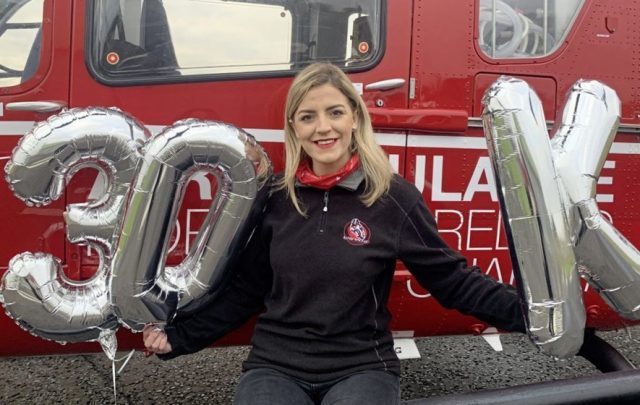 THE sister of a Co Derry man killed in a hit-and-run crash says she hopes he is “so proud in heaven” that £30,000 has been raised in his memory.

Christa Vogel said she believes her brother Willis (21) would be “buzzing” that the massive sum of money had been collected for the Northern Ireland Air Ambulance.

Mr Vogel, a trainee engineer from Limavady, died in May after his Kawaski motorcycle was involved in a collision with a black BMW X5 between Castlederg and Ederney in Co Tyrone.

The driver failed to stop and the vehicle was later found in Co Donegal.

Following Mr Vogel’s death, his family rallied together to raise funds in his memory for the Northern Ireland Air Ambulance team, which attended the scene of the tragedy.

They have raised a massive £30,000, which will fund the service for six days.

“When the air ambulance was tasked to Willis’ accident we knew how important and vital the work they all do is,” said Ms Vogel.

“That was confirmed when we first visited the air ambulance site when our family saw first-hand how amazing it is and it brought their outstanding work to life.

“It made me want to help even more and try my best to fundraise for Air Ambulance NI. We had reached over £26K when the JustGiving page was set up by Willis’ friend Alan Lee. 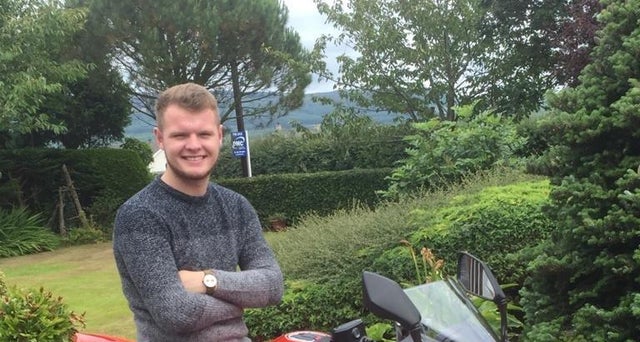 Willis Vogel killed in hit and run by BMW X5

“I did a Maize maze fundraiser in August, sold charity merchandise, made and sold home-made cheese platters and now with sales of the stunning Air Ambulance Christmas cards we’ve done it, and reached over £30K total.

“The gift of giving is such a feeling, one I can’t really describe – I am overwhelmed that we’ve achieved so much for others.

“I hope Willis is so proud in heaven, I know he will be buzzing with this amount of money being raised in his name for such an important service.”

Kerry Anderson, head of fundraising at the charity, said: “We all appreciate that Christmas can be a difficult time for families dealing with grief and loss of a loved one, our thoughts are very much with the Vogel family.

“Their fundraising and awareness support of the charity is phenomenal, and we are so grateful.

“It’s very touching that the family have chosen to do something so positive for others in Willis’ memory and that will help give the best chance for future patients.”