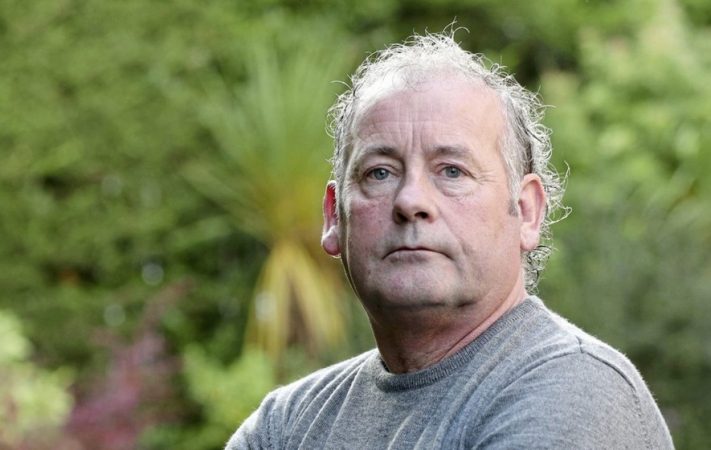 A Catholic Housing Executive employee from Derry who said he was subjected to sectarian harassment has received a £12,500 payout.

Hugo Elliott said he was sent messages wishing him a ‘Happy King Billy’s Day’ and had his work van draped with a Union flag.

He said the “hurtful” and “intimidating” behaviour badly affected his health.

Mr Elliott settled a sectarian harassment case against the Housing Executive (NIHE), without admission of liability.

The 57-year-old, who has worked for the Housing Executive since 2013, alleged that he suffered sectarian harassment while working in Coleraine as a plasterer in the Direct Labour Organisation with the NIHE.

In his application to the Tribunal, Mr Elliott provided details of the alleged harassment.

He described how Catholics were referred to as Fenians and by other derogatory terms.

In July 2018, he was sent messages on his phone wishing him a ‘Happy King Billy’s Day’ and, whilst he was at work, a Union flag was placed on his van. Mr Elliott was told to personally remove it.

He said: “I regret that it had to come to this.

“I have experienced sectarian insults, foul language and some very intimidating behaviour. It was an awful time, it was hurtful and it was wrong, and it badly affected my health. I had to challenge it.

“I asked for help, I reported my concerns, but they weren’t dealt with. The whole experience wore me down.

“I know other colleagues were shocked by what they witnessed.

“I raised a grievance about my treatment in April 2019 and I did not receive the outcome of this until December 2019. I was off work during this time as a direct result of the harassment.

“I just wanted to go to work and do my job. My religion has no bearing on my ability to be a plasterer and in the end the stress of it all made me ill.”

“There is no place for harassment of any type in our workplaces; everyone is entitled to be treated with dignity and respect at all times,” she said.

A Housing Executive spokesperson said: “While the claim was settled on a compromise basis, without admission of liability, the Housing Executive has recognised that there were issues around its handling of the complaint.

“The Housing Executive has expressed its regret to the employee involved.

“The Housing Executive does not tolerate harassment in the workplace of any kind and is currently reviewing the case in order to identify areas for improvement and any further actions that may be required.

“The Housing Executive continues to be committed to ensuring a harmonious working environment where all of its employees feel valued and respected.”