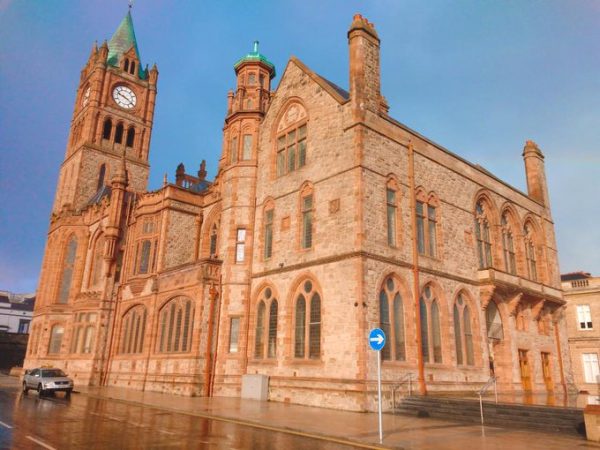 Council to review decision not to mark centenary

DERRY and Strabane council has referred a decision not to mark the centenary of the founding of the North of Ireland back to a committee for review.

Following an acrimonious debate, the council agreed to review the proposal by independent member Gary Donnelly last month that the authority should play no part as a corporate body in marking the anniversary.

Mr Donnelly’s proposal, which was supported by SDLP and Sinn Féin councillors, sparked a furious reaction from unionists.

At a meeting, unionists and Alliance members used the local government “call-in” process to have the issue re-examined.

DUP councillor nad former Mayor of Derry and Strabane council Hilary McClintock described the original proposal as “nothing short of disgraceful” and said unionist anger would only be eased if it was overturned.

Unionist councillors also claimed it was discriminatory against the minority community in the area.

However, nationalist and republican members said they believed the proposal upheld the council’s view that it should not organise corporate events to mark centenary anniversaries but that there was no bar on groups applying for funding to mark events.

Mrs McClintock’s call for the original proposal to be overturned was voted down but a move to refer it back to council’s business and culture committee was carried.

Proposing the move, SDLP leader on the council Martin Reilly said his party understood that the original proposal had led to “debate”.

Council to review decision not to mark centenary was last modified: November 30th, 2020 by cassoscoop