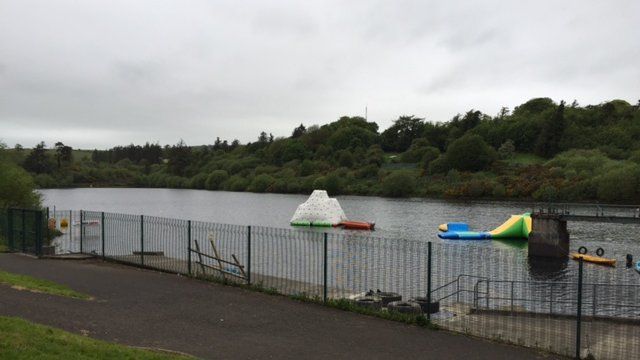 The Foyle MLA was speaking in the wake of further discussions between Sinn Féin, Derry City and Strabane District Council and government departments.

She said that she now expects imminent progress to be made on the management of the reservoir and is urging the Department for Infrastructure and the local council to progress vital safety works at the reservoir which should increase the prospect of planning permission being granted for a number of key economic and community developments across the city:

Said Martina Anderson: “To remove existing Department for Infrastructure planning objections for Fort George and the new Glenview Community Centre, there is a need for structural works to be carried out to the Creggan reservoir and for Derry & Strabane District Council to adopt the management of the site.

“Such DFI planning objections would also have implications for the expansion of the Magee campus and the dualling of the A2 Buncrana Road route.

“I expect a report to be presented to a council committee in the coming weeks which if passed will see the council adopt the management of the reservoir.

“The council are a strategic partner in the development of the new Glenview Community Centre and the A2, Magee expansion and Fort George developments are all key elements of the council’s Strategic Growth Plan for the city and district.

“Therefore, it makes absolute sense that councillors would support the proposal.

“Regarding the required structural works at the reservoir, the ultimate responsibility for Reservoirs resides with the Department for Infrastructure and the Minister should not abdicate her responsibility by refusing to support any application submitted for funding.

“I am calling on her department officials to continue to engage with Derry City & Strabane Council to finalise a joint funding package for the works as soon as possible.

“I will also not hesitate to lobby Sinn Féin ministers to assist the project if required.

“I will not allow a situation to develop where so many key projects are jeopardised given the major economic, infrastructural and community benefits they will bring to the entire city.”