The Playhouse in Derry still hasn’t opened to the public

MORE than one-third of jobs in arts, culture and heritage are vulnerable as a result of Coronavirus restrictions.

That is according to a new study from Ulster University’s Economic Policy Centre (UUEPC).

The report suggests a high proportion of jobs in museums, galleries, theatres and music are particularly at risk.

In general, the creative sector is “more exposed to the challenges arising from Covid-19 than other sectors and occupations.”

The main factors for that are social distancing measures limiting capacity and a reluctance among audiences to return even when venues can re-open.

The UUEPC report estimated that there are 39,100 people employed in the arts, creative, culture and heritage sector in Northern Ireland.

However, the type of occupation that figure includes is very wide.

It ranges from people working in Information Technology (IT) and architecture to those employed in music, crafts, the performing arts, museums, galleries and libraries. 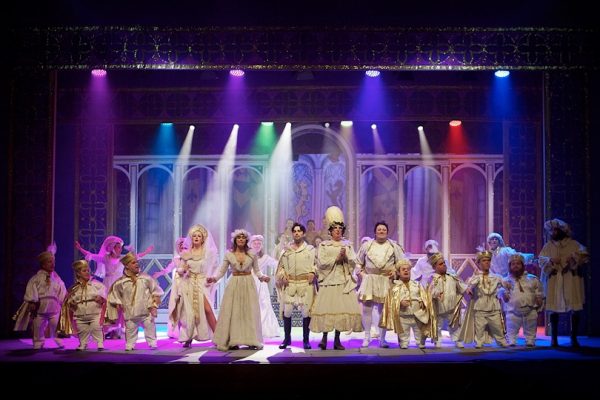 The study said that while a high proportion of jobs in areas such as IT were not vulnerable, jobs in the other sectors were “much more at risk.”

It estimated that more than 60% of jobs in museums, galleries and libraries were vulnerable, along with almost half of jobs in music, theatre and visual art.

A significant number of jobs in film and TV production were also at risk.

“The pandemic has caused the immediate closure of non-essential business including the Arts, Culture and Heritage industries resulting in cancelled work and events such as large music events like Belfast Vital and Belsonic which attracted thousands of people to Belfast annually,” the report said.

“The healthcare situation in NI will be more important in this sector than in the average NI occupation, given the interactive nature of work and a dependence on discretionary consumer spending.”

The authors of the report also make a number of suggestions on how venues and visitor attractions could be helped to recover from the impact of the pandemic.

They include “visitor vouchers,” which would subsidise 30-50% of the cost of tickets to venues to encourage audiences to return.

Venues would also be compensated if they had to cancel events at short notice due to new or changing restrictions.

The authors of the study also suggest a bursary of £1,000 a month for arts workers who have not been able to benefit from other job support schemes.

A number of emergency funding schemes for arts and heritage have been opened by the Department for Communities.

The Stormont Executive received £33m from Westminster in July as part of a UK-wide support package for arts and culture.