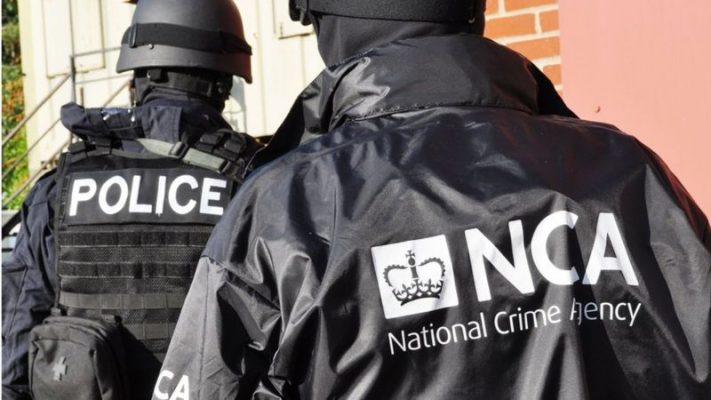 A RAID has been carried out by the National Crime Agency in Co Derry into a massive drugs racket.

Four men were arrested as part of the major NCA drugs investigation.

Three of the men appeared at Ballymena Magistrates’ Court on Thursday via video-link.

They are facing charges relating to the supply of Class A and B drugs and money laundering.

One of the men is also accused of conspiracy to import a prohibited firearm and ammunition. The fourth man was released on bail.

The men charged were Samuel Manning, 33, of Lady Wallace Gardens, Lisburn, Mervyn John Armstrong, 41, of Millhouse Road, Antrim, and Sean Gerard Cassidy, 44, of Tully Road, Antrim, according to the NCA.

Cassidy is accused of the firearm-related offence.

The four men were arrested following raids in Lisburn, Antrim and Crumlin on Tuesday and a further operation in Limavady on Wednesday.

The NCA began an investigation following analysis of messages sent on EncroChat, an encrypted messaging tool.

The secret communication system was taken down as part of a major investigation known as Operation Venetic earlier this year.

In a statement, the agency says it believes the encrypted messages could contain details of drug importations and cash movements linked to an organised crime group in the North of Ireland.

The NCA described the investigation, working alongside the PSNI, as “one of the most significant impacting on Northern Ireland to have fallen out of Operation Venetic”.