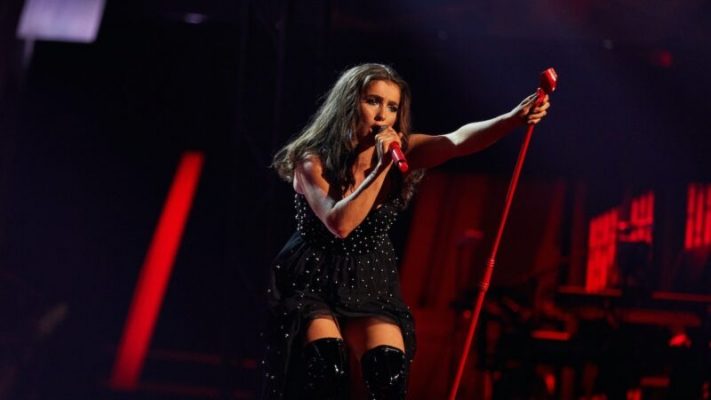 Brooke Scullion in the final of The Voice UK

But they still won something very special: potential collaborations with their superstar coaches.

Blessing Chitapa (17) won the grand final, walking away with a recording contract with the UMOD label.

The west Midlands singer’s soulful interpretation of Robbie Williams’ Angels won the most votes from a panel of viewers watching from home.

There was a nail-biting climax to the ITV show for viewers in the North of Ireland.

After Bellaghy woman Brooke and Jamaica-born teenager Gevanni Hutton were knocked out after performing two songs, Jonny, from Newbridge in south Derry, was left vying with Blessing for the top prize.

The 30-year-old, who sang a moving version of the Natalie Imbruglia worldwide hit Torn, said that coach Sir Tom had paid him the ultimate singing compliment.

“He said that I had sung it as well as he could have done it,” he explained.

“Every time I was in front of him, he was always positive.

“That’s the way he has always been throughout this process.

“We got on so well together. He’s got similar craic to ourselves in Northern Ireland.

“He is very quick-witted, he is always up for a laugh and he’s just good to be around.” 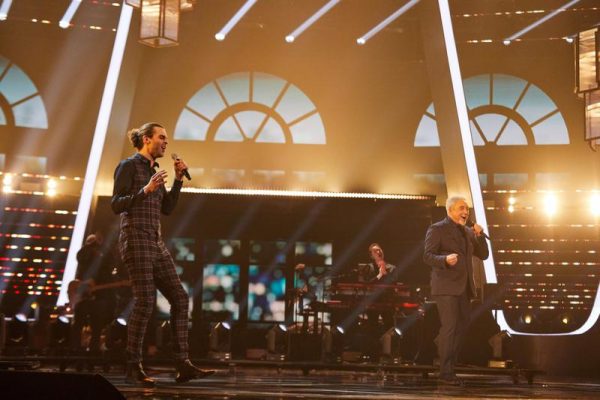 Jonny’s first song was the Harry Styles ballad Falling. He then duetted with Sir Tom on the Dobie Grey and Rod Stewart soul standard Drift Away.

“There is no other competition in the world which gives you the opportunity to sing with him (Sir Tom),” said Jonny.

“It would probably be the top prize in another show. I will never, ever forget that.

“It was incredible and I think that it will be a highlight of my career and life.”

The singer added that he would keep in contact with Sir Tom and his manager son Mark, with a Belfast reunion on the cards.

“I will keep in touch with them. It is so good to have their support,” he said after the show.

“Sir Tom is due to perform in Botanic Gardens next year (May 30 and 31). I live close by, so I could literally dander over and meet him.

“Actually, I said to him that I would come and see him at Botanic, but he replied that we would see each other again before that, once all this (the coronavirus pandemic) has calmed down.

“I didn’t chance my arm asking if I could perform (at the Botanic shows), but it would be amazing if that opportunity was to come about.

“Maybe I will mention it to him next time. It would definitely be something to work towards.”

The St Anne’s Cathedral janitor described his time on the show as “priceless” and vowed to work harder on his music.

“I can’t remember feeling much disappointment when Blessing’s name was announced as the winner,” he added.

“At the end of the day, I still feel like I achieved far more than I ever set out to do.

“I feel nothing but positivity and now, it is onwards and upwards.”

Fellow finalist Brooke described her Voice experience as “the best time of my life”.

She also revealed that she was set to collaborate with her American superstar coach in the near future.

The 21-year-old said she did her best to “leave everything on the stage” when she sang her first song, Stevie Nicks’ Edge of Seventeen, in thigh-high boots with a backdrop of flaming pyrotechnics.

With Meghan unable to travel to the UK for the grand final, Brooke duetted with chart-topping dance-pop star Ella Eyre on the Calvin Harris and Rag ‘n’ Bone Man hit Giant.

The Ulster University drama graduate said: “Even though Meghan was in LA, she was Facetiming me regularly and keeping in touch. She kept herself as involved as possible with my preparations through a screen.

“I just had the best time of my life at the final. Meghan said to me, ‘Pretend it’s your birthday. Celebrate and take mental pictures of every moment’ – and I did that.

“I feel like I did everything I could have done. I performed to within an inch of my life. I’ve learnt so much from this and I am so much better for it now.”

She also announced that she had been invited to head Stateside for a working reunion with Meghan once lockdown restrictions are lifted.

“She gave me her number ages ago and we are definitely keeping in touch,” Brooke said.

“She’s six months’ pregnant now and will have her baby soon, but she said to me that after that she would organise a studio for us in LA to get in there and start writing together.

“Isn’t that incredible? The only way is up from here.”