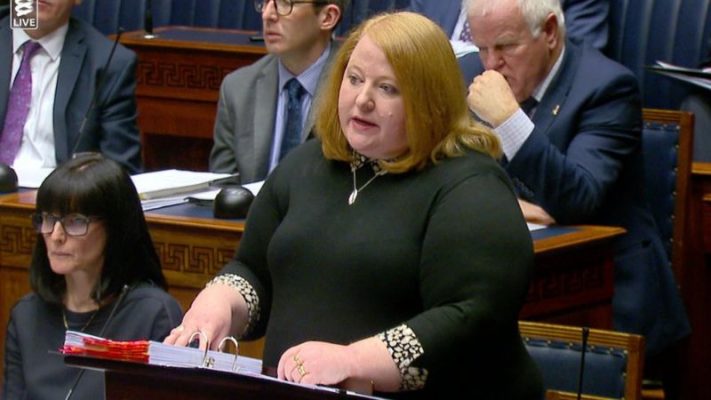 THERE has been some progress on setting up a pension for Troubles victims but long-term funding remains unresolved, NI’s justice minister has said.

Naomi Long has written to victims and survivors to provide them with an update.

Laws approving the scheme were passed by Westminster in January.

But Mrs Long said the outstanding “critical” issue is how the pension will be paid for.

The justice minister’s department was designated by the executive to administer the scheme in August.

However, there has been a row between Stormont and Westminster over who should pay for it.

In her letter, published on Tuesday, Mrs Long said it was her understanding that a request would be made by the Executive Office for the necessary funding from the Department of Finance “when the funding falls due”, in line with legislation underpinning the scheme.

But Mrs Long repeated her view that the British government has an obligation to contribute, as it is a UK-wide scheme and people injured outside of Northern Ireland will be able to apply.

She has previously suggested that the upper estimate of costs for the scheme could be as high as £800m.

The minister also said that a dedicated project team has been established within her department to “advance delivery of the new scheme”.

Work is under way on developing an IT system and “good progress” is being made to secure staff to support the Victims’ Payments Board, which will determine eligibility for the scheme, she added.

Members are due to be appointed to the board in early 2021, and the minister said it is still her intention for the scheme to open for applications in March next year.

Mrs Long said she could not specify when the first payments would be made, as it would also depend on how quickly information can be gathered.

“Given how often victims and survivors have been let down over the years, I will not over-promise and under-deliver on such an important scheme,” said the minister.

“That we have finally got to this point is extremely welcome – but I understand why many are concerned about any potential further delay.

“I share those frustrations and want to reassure those who are waiting on the delivery of this scheme that we are doing everything in our power to move things forward.”

The Wave Trauma group said it was reassured that work to implement the scheme in full was under way.