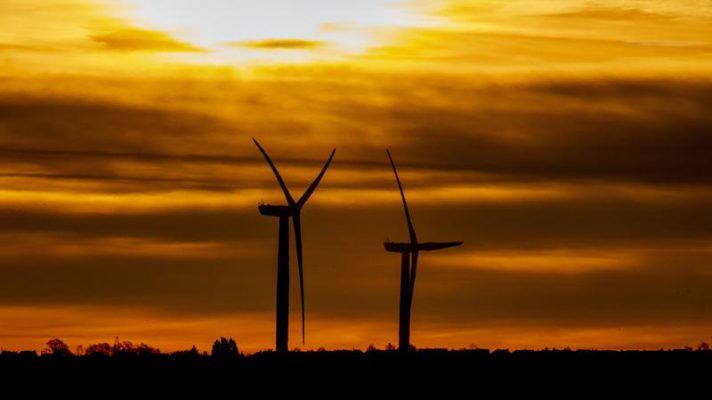 THE biggest ever application for a wind farm in the North of Ireland has been turned down for planning.

Doraville Wind Farm would have seen 33 turbines erected in the Sperrin Mountains outside Draperstown.

It would have seen the turbines with a maximum wing tip height of between 136m and 149m along with associated buildings, equipment and access roads.

The Infrastructure Minister Nichola Mallon announced on Monday that she was refusing the application.

As a regionally significant development, first submitted in 2015, it fell to the department to adjudicate on it.

Ms Mallon said she had taken careful regard of the findings of a Planning Appeals Commission (PAC) public inquiry and the opinions of her own planners.

She said she was a huge advocate of renewable energy and she had had to balance the benefits of the application with the impact on the locality and the people who lived there.

“In this case 33 wind turbines would cause considerable harm to the landscape interest of a large part of the Sperrin Area of Outstanding Natural Beauty and its unique archaeological, cultural and tourism assets.

“The economic and environmental benefits of the proposal would not outweigh the harm to these important interests.

“The PAC report indicates that the scale of the proposal and the sheer magnitude of the associated change has the potential to detract from local people’s sense of place and connection to the land.

“My aim is to improve people’s lives, not add to their burden, so taking all of this in to account, and in line with the PAC recommendation, I have decided to refuse this application.”

The public inquiry was held in September last year and in February 2020 the PAC sent its report to the department, recommending refusal of permission.

A total of 2,160 submissions were received in respect of the application, of which 2,153 were objections.

SSE, who had requested planning permission for the wind farm, said it was disappointed with the decision and “will consider next steps in the weeks ahead”.

“New onshore wind is amongst the lowest cost options for decarbonising electricity and can play an important role in supporting Northern Ireland’s net zero carbon energy transition,” it added.